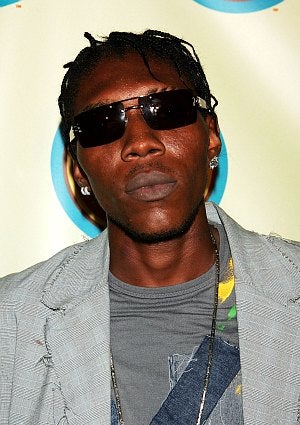 Last week, I was mistreated to a startling image of reggae and dancehall artist, Vybz Kartel, one that didn’t jive so well with my last glimpse of him when he was singing alongside a woman in “Ramping Shop.” That man, was a lovely chocolate hue. This Vybz looked sickly, ghastly, liked he’d been drained by a vamp on “True Blood.” What the hell?

“This is my new image,” said Kartel, who is endorsing his own brand of skin lightening soap and has been dogged by accusations of bleaching for months. “You can expect the unexpected. I feel comfortable with Black people lightening their skin.”

Some Black men’s “preference” for light skin on women is no secret. Watch a video by almost any rapper, read a lyric by so many of them, especially Wayne, who loves a “long-haired, thick redbone,” then ask any woman darker than a paper bag how many times in her life she’s heard, “You’re pretty for a dark-skinned girl.”

What makes men bleaching most interesting, other than some of we the Black people are still thinking something tantamount to “White (or closer to it) is right” 40 years after the Black Power movement, is that men are starting to practice on themselves the hype that they’ve perpetuated on women since colonialism.* Some would call it only fair. I call it pretty screwed up either way.

I got put on to the idea of men’s color complexes about themselves around the time I was a teenager. Without fail, I could expect when a Black boy with curly hair or lighter eyes entered the room, there would be some comment about a “pretty n****” and a not so light dude would test his masculinity/strength, usually with a crack about his appearance being feminine (i.e., pretty) or taking it to him extra hard on a tackle/drive for the hole and see how he measured up or reacted to the aggression.

For the lighter dudes, there always seemed like they had something to prove. Call it the Napoleon Complex of complexion. They seemed to be a little louder, a little more aggressive, slightly more extra in their misogynistic boasting to prove their masculinity to other boys. We were all teenagers, and ignorant, but a lot can be said about the screwed up values of a culture by the way their teens ingest and display them before they grow up and learn how to pretend what does exist, doesn’t.

Of course, Kartel isn’t alone in his preference for lighter skin, just the newest celebrity face of an issue that seems to be picking up traction in men of color. And not just in DR (see Sammy Sosa) and Jamaica. Last year, Vaseline introduced a skin-lightening application for Facebook in India, enabling users to make their skin whiter in their profile pictures. And since 2005, a half-dozen foreign brands piled into the market for Indian men.

I’m sure Indian men who are bleaching don’t see anything wrong with it. (If six brands are offering the same product, it’s because it’s selling.) Perhaps their outlook is something similar to Vybz. In the same interview, he gave a verbal shrug to critics who accuse him of wanting to be White. “[Men who bleach] want a different look. It’s tantamount to White people getting a sun tan.”