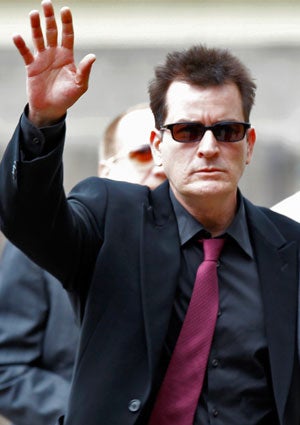 The recent media obsession around Charlie Sheen and the constant tornado that is Lindsey Lohan has us wondering: In a world that is celeb-reality obsessed, does studying hard still lead to success?

Nowadays, we seem to have moved away from the “good grades reap rewards” model to the “F.U. Pay Me” mentality. We reward frivolity and glorify ignorance, and seldom celebrate intellect and hard work.Those who are merely famous-for-being-famous can garner 6 million twitter followers and earn $10,000 a tweet while Nobel Prize winners struggle to find funding for their work.

Something about this just doesn’t sit right with us.

Our education system lags behind the world when it comes to math and science, and our young people lack the skills and training they need to compete, let alone lead, in the global economy. America is losing the innovation race, yet we’re still popping our collars and brushing our shoulders off as if we’re number one.

Although we admit, chanting “we’re number 26” just doesn’t have the same ring to it.
How can we honestly tell kids today to keep their nose to the grind and study hard, so they can be successful, when the barometer of success has become the crew from the Jersey Shore?
We have young people stomping around in Louboutins that can’t even spell the word, because wearing these shoes suggest they have “arrived.” Arrived where? Without a decent education, we’re not sure. Yet they somehow have become models of “success.”

According to a recent article by the Center for American Progress, success in the global innovation economy will require a workforce that has a solid mix of formal education, experience, and creativity. Can filming a sex tape and posting it on YouTube be considered creative?

We should all be concerned, and terribly worried as a nation, about where our future innovators and workforce are going to come from. We can be pretty certain that the country leading the 21st Century global economy won’t be the one that produces the most reality TV stars.

In a time when one is just a sextuplet pregnancy away from fame and riches, can we still rely on hard work and ingenuity to take our recession strapped nation to the next level? If we are busy following Sheen’s goddesses and Lohan’s next trial then who’s responsible for minding the next innovation revolution?

Danielle and Aisha Moodie-Mills are Living, Loving, and Laboring Out Loud. They serve as Advisors for LGBT Policy and Racial Justice at the Center for American Progress. Follow them on Twitter @threeLOL and @FIREFund.