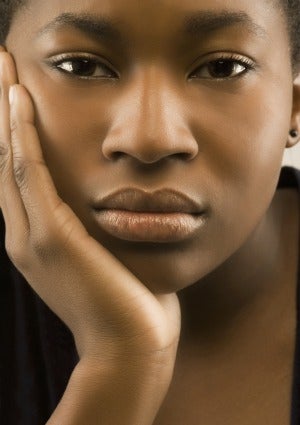 Surely you’ve heard the latest “Look How Outrageous Black People Are” news story that has been making the rounds. Apparently, 90 girls at a high school in Memphis are or have been pregnant this year. This makes up about 20% of the school’s female population.

To address the issue, Memphis City School officials will start the “No Baby” campaign on January 20. The campaign, literally the pregnancy equivalent of Nancy Reagan’s “Just Say No!” initiative against drugs in the ’80s), will be run by Girls Inc., an organization that’s been helping girls in Memphis improve their self-esteem.

According to news reports, the campaign, “will only encourage abstinence and not provide contraceptives, but will give teens the proper tools on how to protect themselves should they decide to engage in sexual relations.”

Another description of the program: “The campaign will especially aim towards encouraging girls to say no — or at least use protection if they are going to have sex.”

Um… Is it just me? How do you tell teenagers from low-income neighborhoods, who clearly aren’t using a condom, ‘what you need to protect yourself is a condom or birth control, but unfortunately I won’t provide you with either despite it being desperately apparent that this is what you need?’

As much as we’d like teens not to have sex, they do. And like jackrabbits. Denying them convenient access to condoms in high schools is as dumb as denying condoms to male inmates. We’d all rather sit on a moral high horse because to acknowledge teen sex and prison sex is creepy, and to actually do something effective to prevent the outcome of it sounds too close to condoning the acts themselves. (“It’s supporting sex before marriage or gay sex!” goes the common battle cry.)

So we end up with situations like a school with 90 teen moms (and men who go into prison HIV negative and come out five years later HIV positive) because we want to bury our heads in our Bibles.

And that’s not to say that teaching girls and boys about condom use and giving them contraception will make them use a condom, but isn’t that wholly more likely to be effective than teaching them “abstinence is the best method” when it’s clearly not a method most are interested in (62% of teens have sex before leaving high school, according to the Kaiser Family Foundation).

Furthermore, abstinence-only campaigns are proven to be ineffective. A 2007 Washington Post story, “Study Casts Doubt on Abstinence-Only Programs” reports the results of a 10-year national study about the effectiveness of abstinence education. Bottom line: “It does not keep teenagers from having sex. Nor does it increase or decrease the likelihood that if they do have sex, they will use a condom.”

Sometimes I wonder if the people who say these things were actually teenagers. Undoubtedly, among pregnant girls there are those who were pressured. But any good ride on NYC transit when the kids get out of school or even a passing recollection of my adolescence lets me know that girls want to “have fun” too. News flash: wanting to have sex isn’t something reserved for boys and men and it isn’t something women suddenly get the desire to do when they hit the age of “Sex and the City” characters. If you want to address teenage pregnancy in 2011, you can’t do it with a 1950’s outlook.

Also, I do get that in an attempt to prevent pregnancy, officials want to work on the people who actually carry the kids. Okay. But, um, females don’t get pregnant by themselves. And if we’re even going to pretend that “Just Say No” is any sorts of effective judging by the precedence of the ’80s, wouldn’t it work wonders to say to boys, you know the people who help women get pregnant, “hey, you! You say no, too!” Or is that just unfathomable because boys are just incapable of controlling their raging hormones, right?

Ladies, do you have any solutions? Throw ’em out there. I’m adding that pretending it’s the early ’90s and handing out mixtapes of Terry Tate’s “Babies Having Babies,” Cheryl “Pepsi” Riley’s “Thanks for My Child” and 2Pac’s “Brenda’s Got a Baby.” Anything’s got to better than Bristol Palin approach (seeing as how it worked so well for her). Discuss.