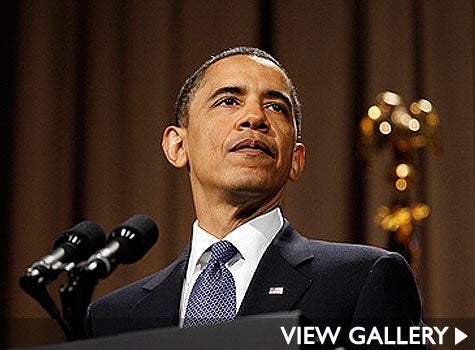 Much has been debated about whether or not President Barack Obama should advance policies exclusively for African-Americans. Tavis Smiley and Cornel West regularly criticize him for failing to champion a Black agenda, while members of the Congressional Black Caucus have pushed him to get more specific about addressing the nation’s most troubled communities. And with Obama-backed gains for gay and lesbian voters (hospital visitation rights and hate crime legislation), as well as Latinos (Supreme Court Justice Sonia Sotomayor, and at least a commitment to pursue comprehensive immigration reform), some African-Americans are wondering: Hey, what about us? To hear White House Senior Advisor Valerie Jarrett tell it, Obama has rolled out measures that disproportionately or expressly impact African-Americans–even if he doesn’t always frame them as “Black issues,” or herald them with a lot of flash. “I think that the President should be judged not just by what he says, but by what he does,” Jarrett said Wednesday at a White House roundtable. “I think it’s also important to have leaders like Reverend Sharpton, Cornel West, Ben Jealous and all of the civil rights advocates, who are going to fight hard to make sure that we do everything within our power to improve the quality of life in the African-American community,” she continued. “It is a shared responsibility, not the President’s alone.” So what’s on President Obama’s Black agenda? Jarrett outlined six meaningful items–either on-the-books laws, or pending in Congress–that matter to us. 1. Affordable Health Care and Community Health Centers “Health insurance reform was really a tidal wave of improvement for the quality of life of African-American people,” says Jarrett of the new law signed in March. “Right now so many chronic illnesses go untreated, either because of lack of access, lack of education, or lack of resources for preventative tests.” The law provides health insurance subsidies for households making less than four times the poverty level, and $11 billion for community health centers in underserved areas. Last year Obama also invested $85 million in community health centers. 2. Black Farmers Settlement In February the President announced a $1.15 billion settlement in a longstanding discrimination suit, won by thousands of Black farmers against the U.S. Department of Agriculture. The payment has yet to be appropriated by Congress, though, and the deadline for that to happen is May 31. “It is a top priority for the President,” said Jarrett, explaining that he’s ordered administration officials to work daily with Congress on how to best handle the payout, and to provide daily reports to senior staff on the status. “Long overdue.” 3. Jobs and the Economy Before addressing the administration’s approach to tackling the Black unemployment rate of 16.8 percent, which is nearly double the national average, Jarrett credited the Recovery Act for expanding unemployment benefits, TANF (food stamps) and COBRA health coverage. She continued that the White House is supporting a pending $600 million bill that, while incapable of solving the long-term job problem, would create 300,000 summer jobs for low-income youth. “But the best way to help unemployment in the Black community is to improve the public education system,” said Jarrett, indicating that the difference between those with professional success and those in poverty is largely academic achievement. 4. Education Reform …And on that note, Jarrett underscored the unprecedented $77.8 billion in the President’s 2011 budget for total Education Department spending. “[Education Secretary] Arne Duncan has been focusing on ways of improving our schools, particularly in the inner cities,” she said. The President has allocated $3.5 billion for underperforming urban schools with high dropout rates, $2.1 billion for Head Start early childhood programs for low-income families, and $4.35 billion for “Race to the Top” education reform grants to inspire innovative methods and better teachers in public schools. 5. Funding for Historically Black Colleges and Universities “We are also continuing to increase our assistance to historically Black colleges,” said Jarrett, calling the resources “critical.” Obama’s 2011 budget includes a $98 million increase in HBCU funding, and a $400 million boost for Pell Grants for low-income students, while the education reconciliation bill he signed into law in March already provides $36 billion for Pell Grants and $2.55 billion directly toward historically Black colleges. 6. Powder/Crack Cocaine Sentencing Change President Obama has advocated eliminating the “100 to 1” sentencing disparity between powder and crack cocaine (which means, for instance, that it takes 500 grams of powder to earn a five-year sentence, but only five grams of crack for the same punishment). The 24-year law disproportionately imprisons Black drug offenders, and the Senate recently voted to reduce the gap from 100-to-1 to 18-to-1. “It is a step in the right direction,” said Jarrett, also noting the President’s increased funding for the Justice Department’s Civil Rights Division. “But we’ll be pushing forward for more steps to get rid of the disparity.