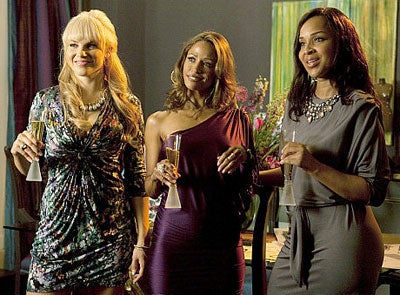 It looks like most of us were glued to the TV this past Monday night tuning in to VH1’s new summer lineup. VH1 reports the season premiere of “Basketball Wives,” and “Single Ladies” both broke records for the networks, amassing millions of tuned-in viewers.

Season 3 of “Basketball Wives” kicked off with 3.5 million viewers, while the debut of “Single Ladies” brought in 2.8 million viewers. These numbers include the original airing of the show along with their encores which aired the same night. The ratings are the highest for the network since October of 2009.

Both shows received mixed reviews among viewers. “Basketball Wives” was full of “angry black women” action, and the acting was subpar in “Single Ladies.” Will you tune in to these two shows for the remainder of the season?