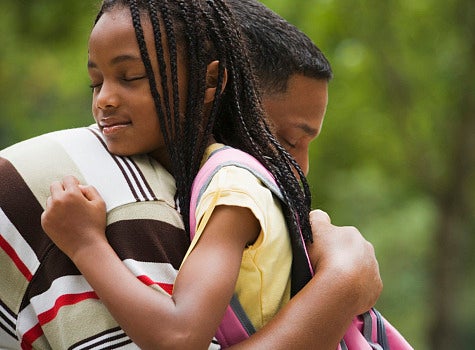 When former marketing executive Greg Johnson lost his wife a few months after she was diagnosed with lung cancer, he was left to raise their two daughters alone. Nearly a year and a half later, Johnson shares his experience of being a single dad raising two daughters–Jamille, 8, and Jada, 4–trying to find a woman who will love his daughters “as though they were her own.” I lost my wife to lung cancer in November 2008. It’s crazy because you’re talking about someone who never smoked, rarely drank, and was in tip-top shape. Once she died I did two things to make sure my daughters Jamille, 8 and Jada, 4, were okay: I continued to surround them with love and tried not to interject too much change in their lives in terms of where we live or where they went to school. I tried not to change their lives as they knew it. Being a single father is an incredibly overwhelming experience and I’ve truly adopted the phrase, “It takes a village.” I’d like to take the credit for raising my children but that would be a lie because I’ve surrounded them with love and placed them in an environment where there are multiple eyes and ears on them. I’ve hired a nanny to help me and I utilize their grandparents, cousins, godparents and close friends. I no longer take for granted the chore that it is to raise children. I have to be very meticulous and detail-oriented, even in the planning of my day. There’s a plethora of daily activities to think about, like taking them to school, cooking dinner, and yes, even styling their hair. When my wife first died my oldest daughter had a perm and I really underestimated the amount of work that went into shampooing, conditioning, combing her hair. I realized I couldn’t do it on my own so I decided to braid their hair. Now all I have to do is brush it, throw a little oil sheen on it and I’m saving a tremendous amount of time. In the middle of all this, of course, I’ve started dating and must admit I’ve made some wise and not-so-wise choices. When you’re newly single, everybody wants to hook you up, but it’s really tough to sustain a relationship when you have limited time. If a woman really wants to see me on a regular basis, she probably has to come when the children are asleep and that’s between the hours of 9pm and 6am, which makes it feel like a booty call, and that’s not what I’m looking for. With two little girls I’m also aware of the message I’m sending them. I don’t want them to see daddy bringing different women around. In a way, the death of my wife and me having to raise two girls has allowed me to reconstruct the criteria for what I’m looking for in a woman, and in a marriage. I’m not necessarily looking for marriage right now but I’m pretty clear about what I want in a life-long partner. It’s first and foremost, someone who keeps a close relationship with God. Second, she needs to recognize the importance of family. I also want someone who will allow me and my children to have a relationship with my late-wife, which can be difficult. Third, I want someone who’s going to love my girls as though she gave birth to them. That’s a profound statement and I know it won’t be easy to find someone who will love your kids as though they were her own. In the back of my mind I know I won’t be able to raise my girls by myself forever. As a man, I can’t teach them about womanhood, and as they reach puberty it would be nice to have someone to act as a reinforcement of what it truly means to be a woman. I’m not sharing my story to get credit for doing something single mothers have been doing since the beginning of time. All I’m doing is stepping up and taking my rightful place as a good father to be a role model for my girls. When it’s time for them to look for a partner I want them to look for someone who has Christ as a foundation of their life, who is not afraid to own up to the accountability of marriage, of fatherhood, and of life. Greg Johnson is the founder of Sage Entertainment and Sports Consulting. Read More: