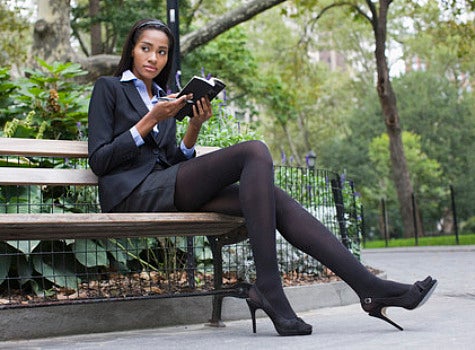 In a response to “Nightline Face-Off” journalist Farai Chideya thinks the media’s new-found coverage (or maybe obsession) with single Black women makes it seem like it’s “open season on Black womanhood.” “The show’s focus was on the purportedly low value of Black women in the dating marketplace and the wisdom of Black women’s choice to stay single versus marrying men who don’t fit their criteria,” writes Chideya in an opinion piece in the Huffington Post. The real issue, she thinks, isn’t Black women it’s the economic insecurity everyone is feeling right now. Who better to scrutinize than women, who overall, have been able to “hold onto their jobs in this economy better than men have.” Also, for the first time in over a decade, Black unemployment “is less than a 2-to-1 ratio to the White rate.” With that comes economic and racial anxiety. Look no further than the Tea Party movement for proof.   “People are looking for comfort in the perceived misfortune of others” and the Black career woman is a casualty of her own success. Or rather, as someone wrote on Chideya’s blog, successful Black women are now “the welfare queen of the 2000’s.” Whatever the case for the sudden attention, Chideya–herself a SBW–has a few words on what the media should do from here: “Get outta my kitchen, telling me how to cook. It ain’t none of your business. Ain’t no need to look,” she writes quoting a song by Ledisi. “If America is looking for a problem, there’s plenty of folks whose kitchens we might want to take a look at.” Related stories: