By Britni Danielle · Updated October 23, 2020
On November 12, 1922, seven young women came together in the middle of “Klandiana” to create Sigma Gamma Rho Sorority, Incorporated, a sisterhood that would change the world. At the time of the organization’s founding at Butler University in Indianapolis, the state was the epicenter of the Ku Klux Klan, with the Grand Dragon of Indiana, D.C. Stephenson, successfully recruiting more than 250,000 members across the state. In the middle of that hostile environment, the founders of Sigma Gamma Rho built a sorority that not only supported and encouraged Black women to pursue higher education, but was also focused on serving the Black community. 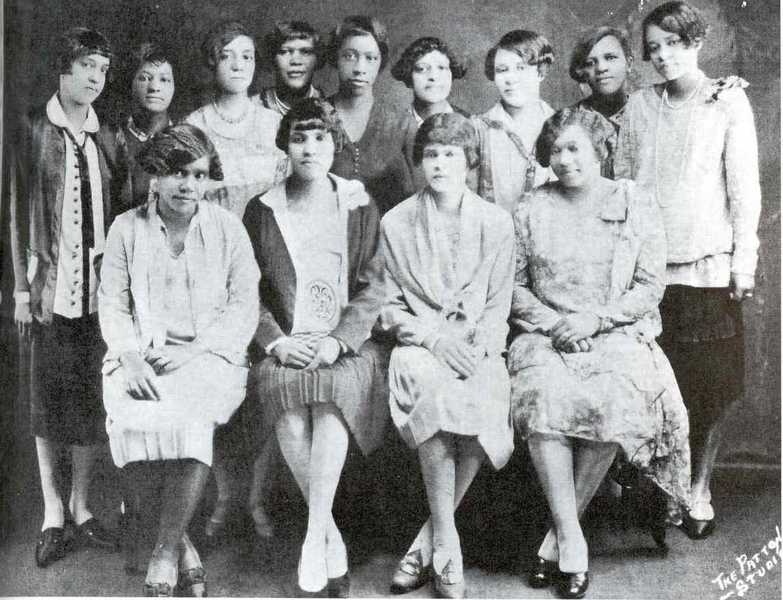 Today, Sigma Gamma Rho is comprised of women from all over the world and every spectrum of life, from politics and activism, to sports and the arts. As the organization celebrates its 96th Founders’ Day and prepares for its centennial celebration in 2022, ESSENCE caught up with Sigma Gamma Rho’s International Grand Basileus, Deborah Catchings-Smith, to reflect on the organization’s history and discuss how it plans to meet our communities’ current challenges. ESSENCE: What sets Sigma Gamma Rho apart from other organizations? Deborah Catchings-Smith: When I look at our counterparts across the spectrum, Sigma Gamma Rho’s niche is community service. We are resoundingly consistent about the service, rolling up our sleeves, going into communities [and] getting the work done. We are very creative and innovative on assessments based on what our communities’ needs are, and answering those needs in a different way. We are true to our mission about service and we are relentless. We do not let up on service because we know how important it is for us to be engaged in our communities and provide the support that otherwise our communities would not be receiving. ESSENCE: What are some of the ways the sorority is helping the community? D.C.S.: There are countless examples, but I’ll target one, and that is the Swim 1922 initiative. It is a partnership with USA Swimming that allows us to tackle and to be able to provide assistance in decreasing the significant drowning rates in the African American community. Black children are five times more likely to drown than white children. It’s really a hidden crisis in the Black community, so a soror (who worked for USA Swimming at the time) brought idea this forward to the organization as a need in our communities that wasn’t being addressed by any of the Greek letter organizations.


Sigma Gamma Rho and @usaswimming partnered to encourage the Philos to learn how to swim. Breathing techniques, back flips… Soror and Olympian @ritzyswims and Olympian @cullenjones showed them the basics during the Swim 1922 Clinic. #SGRho #SigmaGammaRho #SGRhoBoule #Swim1922 #Philos

Since that time we’ve had more than 20,000 interactions in communities per year with this initiative. Going into communities and offering free swimming clinics, providing information and getting people into the water who thought they would not be able to swim — not just children but also parents, guardians, and caregivers. It’s really turned into a community event, and because of our activation of Swim 1922 since 2012, we’ve been credited for a five to seven percent increase in the overall ability of Black people being able to get into the water and learning how to swim, and we’ve also seen a drop in the drowning rates in the Black community because of this movement. So it’s had a substantial impact on our communities. ESSENCE: There are so many different types of organizations these days, so why do you think Black Greek Letter Organizations are still necessary? D.C.S.: I serve as the chair of the NPHC Council of Presidents, and I’ve been working with the council since I was elected as Grand Basileus in 2016. It has given me a wider perspective on what we can do as a collective. More than 1.5 million members comprise all of the Divine 9 fraternities and sororities. 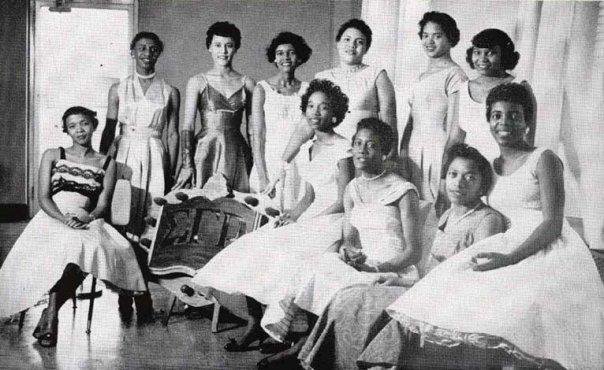 To the question of relevance, there’s been research that’s shown that college graduation rates are 20% higher for Greeks, than non-Greeks. In other words, the rate is significantly increased when an individual at the collegiate level decides to join a fraternity or sorority that they will, in fact, graduate. I believe that’s because of the culture, climate, environment and the push for educational achievement and educational excellence. Also, not to mention the millions of service hours of rendered as a collective by all of the Divine 9. Were it not for the Divine 9 sororities and fraternities, who would be out in the communities providing these volunteer service hours? In a significant amount of cases, it would be no one. While we know there are a lot of non-profit organizations and agencies that are here to help our communities, and we partner with them, if you remove the Divine 9 there would be a lack of significant resources available that we provide to get things done. ESSENCE: Sigma Gamma Rho has seemed to focus more energy into political and social activism over the past few years, especially after the passing of Soror Sandra Bland. Why’s that?

D.C.S.: First, we know that we have an obligation and a duty to be engaged in our community, including the social action component. If we’re not engaged, decisions will be made and laws will be passed and we will have to live with them. So it is in our best interest to always strive for improvement. The compelling argument that we’ve been attempting to make is that we must be engaged with our world and the communities we live in because it impacts not only us, but also our children and the future generations. With the tragic death of Soror Sandra Bland, it ignited another fire and spotlighted the need to be more engaged with our local government. The film, Say Her Name: The Death and Life of Sandra Bland, is already out, and I saw it last week in St. Louis. It is a shining example of why local elections matter. A lot of what occurred in that situation was driven by local elected officials–the local sheriff, the local prosecutor, the coroner. A lot of it is driven by who we elect [and] how they engage when something happens. It matters who we voted for, and if you didn’t vote, then you’ve allowed others to make those decisions for you. ESSENCE: You’ve been a member of Sigma Gamma Rho for 40 years. What drew you to the sorority in the first place? 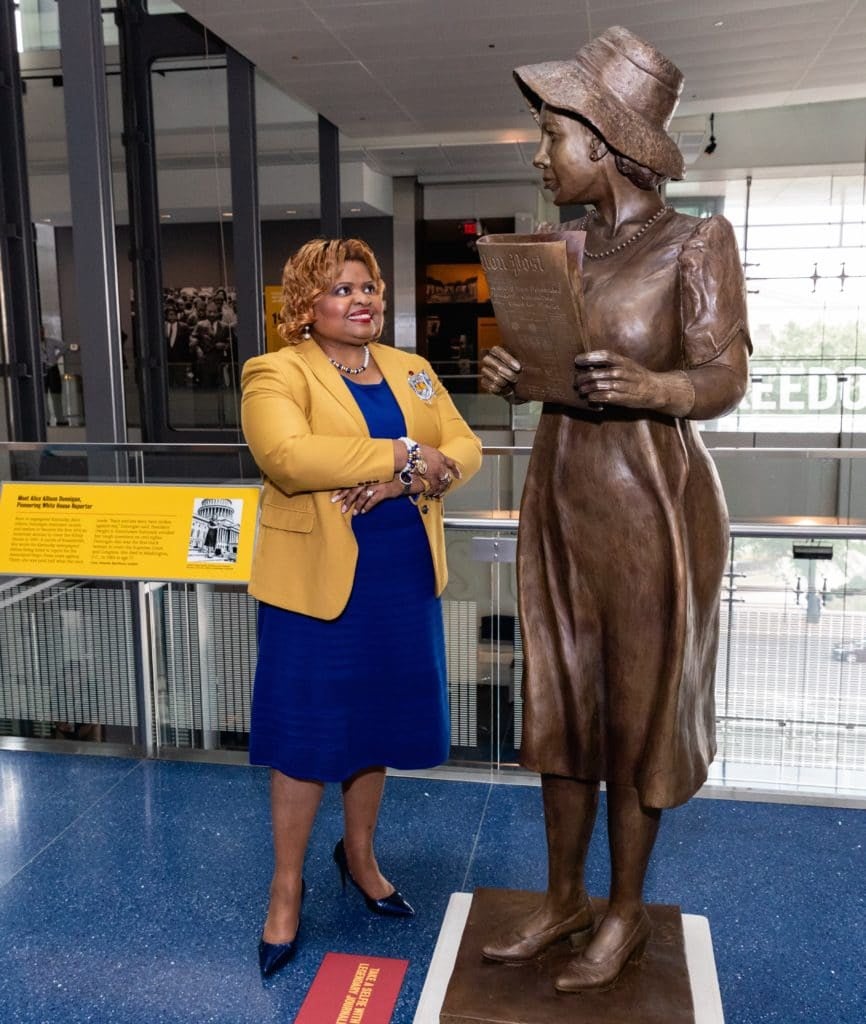 Deborah Catchings-Smith at the unveiling of a statue of pioneering journalist, activist, and Sigma Gamma Rho member, Alice Allison Dunnigan, at the Newseum in Washington, D.C. Photo: Cheriss May

D.C.S.: When I was in high school there was a family friend and she was a member of Sigma Gamma Rho. I was a sophomore in high school, so I didn’t really have a real concept about what that meant. So she told me about the organization and told me to consider joining when I went to college, but she also said to make sure you look at all of the sororities available on your campus and do some research, then make a decision. And I did just that. I looked at all four sororities and Sigma Gamma Rho stood out for a couple of reasons. Number one, service, it’s truly the niche of our sisterhood. Right along parallel with that is the sisterhood. They were very genuine, welcoming women, and they didn’t have a mandate that you had to have a certain look or you had to come from a certain background to be a member. And the third thing was academics. The members were scholars and they were about the business of making sure they graduated and performed well. So those were the things that drove me to Sigma Gamma Rho, and keep me as a member 40 years later.