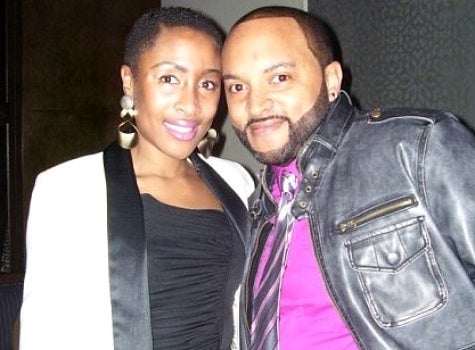 Christina Madry was diagnosed with debilitating sickle cell at six months old. Last summer she was one of 10 patients who underwent a groundbreaking adult bone marrow transplant. Here is her triumphant story. ESSENCE.com: How did you hear about the study at Johns Hopkins Hospital in Baltimore? CHRISTINA MADRY: Back in 2008, it was in a magazine on my mom’s table. It was the first page I flipped to. It was an exclusive trial but I got a referral from my doctor and met with the Director of Hematology, Dr. Robert Brodsky. It took six months for them to admit me. It seemed like a lifetime. ESSENCE.com: Why was this treatment unique? I’ve heard of bone marrow transplants for kids. MADRY: This is a really big deal. Until now bone marrow transplants were off limits to adults because after years of damage from the sickle cell, their bodies couldn’t take the rigors of the procedure. ESSENCE.com: How did you prepare for the transplant? MADRY: There were a lot of things that I had to agree to such as 24/7 care for at least six months. I had to move back home from New York City to be close to Hopkins. I had three options: die, be cured or notice no change at all. So I did a lot of just-in-case things like traveled abroad to visit friends, underwent fertility treatments to save my eggs. ESSENCE.com: Who was your donor? MADRY: Luckily my brother (shown in the picture above) was a 100% match. I was so appreciative of his attitude. ESSENCE.com: What was the process like? MADRY: For the first two weeks I was on a very strict regimen of chemotherapy and other medicines. I had the actual bone marrow transplant on day 15. It’s like a blood transfusion and believe it or not, it was over in less than an hour. After that, you have to come to the hospital every day for them to monitor your blood and most importantly make sure that your body doesn’t reject the donor cells. ESSENCE.com: How long until you felt normal again? MADRY: My doctors, Dr. Richard Jones, Director, Bone Marrow Transplant Program and Dr. Brodsky kept saying that they had to break me down, to bring me back up and I kept that in mind when I was losing hair and sick. But generally you just feel weak and lethargic. After three months I was out in the world. After nine months I was able to do light exercise like walking. ESSENCE.com: How is life different now? MADRY: This is the first year that I haven’t had a crisis [term used to describe the paralyzing pain caused by the sickle-shaped cells]! I jog three or four miles four times a week and I can swim in cold water — things I never would have done before. Psychologically, I have to train my mind to know that I’m okay. ESSENCE.com: You’re also working on a documentary? MADRY: Yes. In the United States there are about 70,000-80,000 sickle cell cases but in Nigeria there are 45,000 people born every year with the disease. With this documentary I hope to bring awareness on an international level. I was lucky that I lived near Hopkins and my mom was a nurse. So many others aren’t as fortunate.