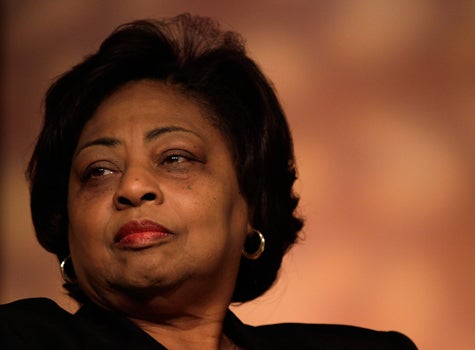 Former USDA department employee Shirley Sherrod said that she will sue Andrew Breitbart, the blogger who posted an edited video of her making what seemed like racist remarks, according to AP. Breitbart’s video took Sherrod’s statements out of context and led the NAACP to condemn her statements and Agriculture Secretary Tom Vilsack to ask her to resign. Sherrod said she does not want an apology from Breitbart for posting the video and told a group at the National Association of Black Journalists annual convention that she would “definitely sue.” Vilsack and President Obama have apologized to Sherrod for asking her to step down so quickly and Vilsack offered her a new position at the USDA. Sherrod has yet to accept or decline. While questioned about the Shirley Sherrod issue on “The View,” President Obama said, “A lot of people overreacted, including people in my administration.