By Britni Danielle · Updated October 23, 2020
New York City found an amazing way to honor the life and legacy of Shirley Chisholm, just in time for the trailblazing Congresswoman’s 94th birthday. The city will erect a statue in her honor and Chirlane McCray, the first lady of New York, said the monument is a long-overdue recognition for the iconic politician who was the first Black woman to seek a presidential nomination from a major party.

Congresswoman Shirley Chisholm was born on this day in 1924. She always said, “If they don’t give you a seat at the table, bring a folding chair.” As the first Black woman elected to Congress, Shirley Chisholm paved the way for so many others. pic.twitter.com/5eCMT8oMJp

“We set out to correct a glaring inequity in our public spaces,” McCray told the New York Times. McCray, who’s husband Bill de Blasio is the 109th mayor of New York, said Chisholm’s time in politics encouraged more women to seek office. “I can’t think about her and what she accomplished before and after her run and not think ‘Oh, maybe I should do that too, you know?’ She really set an example, for all of us,” she said. McCray also hopes the statue, which will be completed in 2020 and placed outside the Parkside entrance of Prospect Park in Brooklyn, will continue to inspire women to get into the political arena. “I hope that putting up the statue now will encourage even more,” she said. Chisholm made history when she became the first Black woman ever elected to Congress in 1968, where she served for seven terms, from 1969 to 1983. In 1972, Chisholm launched a groundbreaking presidential campaign, championing the rights of the most vulnerable. 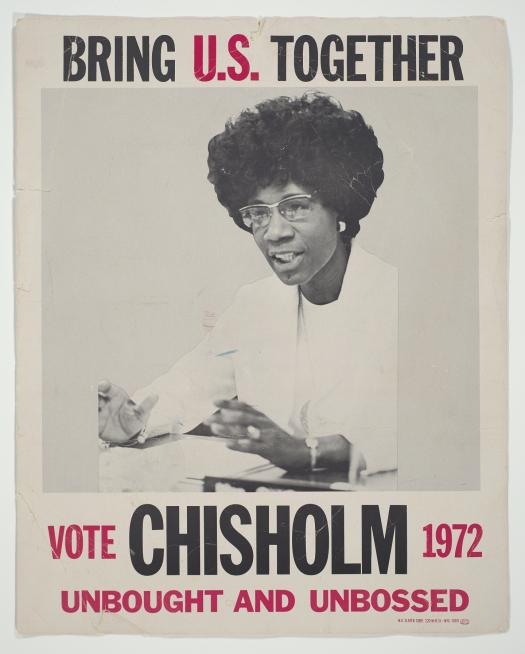 At an event announcing her candidacy, Chisholm proclaimed she was getting into the race to fight for the people. “I am not the candidate of Black America, although I am Black and proud. I am not the candidate of the woman’s movement of this country, although I am a woman and equally proud of that. I am the candidate of the people and my presence before you symbolizes a new era in American political history,” she said. Fifty years after her historic Congressional win, which opened the doors to a generation of new lawmakers, Chisholm lived up to her promise to usher in a new era of American politics.