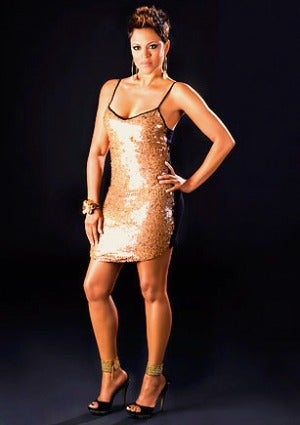 That network that airs NBA games may “know drama,” but Shaunie O’Neal knows it really well. And so do her friends. The 5′ 7″ ex-wife of Shaquille O’Neal has teamed up with her (single and married) pals for a second season of VH1’s reality series, “Basketball Wives.” This means viewers get another chance to witness the relationship highs (big rings and big houses) and lows (scrutiny and infidelity) often associated with saying “I do” to a professional baller. Den mother and executive producer, Shaunie has invited cast favorites back and even added a few new faces to play the game that starts when the other game ends. ESSENCE.com: You’ve publicly expressed your contempt for co-star Gloria and her finance Matt Barnes. Is there any closure between you and the couple this season? SHAUNIE O’NEAL: No. Gloria is really young. I’m at the point where this is business for me, nothing personal. I have no intention of having her or anyone like her as part of my life. But on the business side, sure, you and your husband can come and be a part of the show. I’m about success, ratings and making this as hot as it can be. With all the mess they have going on in their own world, it makes for great TV. So, if you want to put it all out there. I’m all for it. ESSENCE.com: This season both Evelyn and Suzie are in new relationships with professional athletes. That said, do you think there’s a certain type of woman or certain quality that attracts professional athletes to certain women? O’NEAL: Um, it looks like it. {Laughs} I can’t describe that woman; I guess I can see her and know, ‘yeah, they would totally look her direction.’ Of course, she’s attractive and all those things, but it’s very typical. You can almost point them out. ESSENCE.com: Who do you relate to most on the show? O’NEAL: Evelyn and I started out the closest because we knew each other the longest. But this season, I’ve gotten closer to Jen. She’s a true sweetheart. I felt for her because of some real things she went through while we were taping. And nobody could really help her through but we could support her through. ESSENCE.com: Two of the four new women this season are actually wives. Was that on purpose? O’NEAL: I did want some married women on the show from the jump. Unfortunately, it always seems like the married women’s lives are more structured and what production would call boring. It didn’t work out for casting purposes. For Season Two, I was interested in bringing my long time married girlfriends’ stories. There can be some happy relationships in this basketball world. ESSENCE.com: You’re a shoe fanatic! What’s most important when shopping for a sexy, chic shoe? O’NEAL: The heel. A sexy heel and how long it is accentuates your calf and thigh. It gives off a sexiness about the woman and the outfit. A lot of the time I will go from the shoes up when deciding what to wear.   Will you be tuning in to season 2 of “Basketball Wives”?