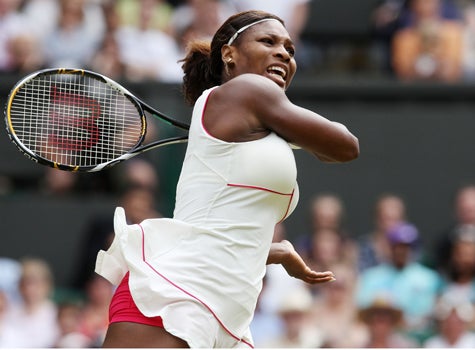 Serena Williams refuses to lose. The three-time Wimbledon champion is competing for her fourth title, reports the Associated Press. The tennis star will play against Russian Vera Zvonareva. This is Williams’ first Wimbledon match where she is not competing against her sister, Venus. In the last 11 years, at least one of the Williams sisters has advanced to the final. The pair have won eight titles, and Serena is a 12-time Grand Slam winner.