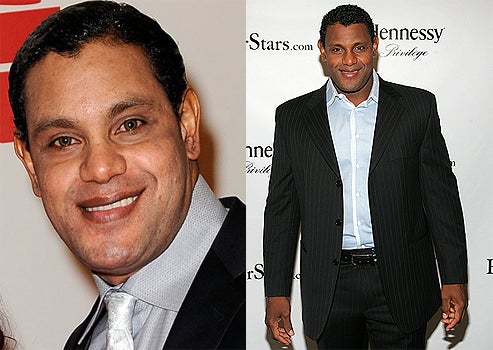 Sammy Sosa and his changing skin are making headlines again. According to partygoers in Miami, the Baseball Hall of Famer was spotted at club Liv at the Fontainebleau Hotel looking visibly darker and “back to his usual color.” It’s a far cry from Sosa’s light skin tone at the Latin Grammy Awards last year. Sosa attributed his then lighter shade to mistakenly using a cosmetic bleach on his skin. His publicist now says he was undergoing a skin treatment that “helps even out his skin,” and includes “a whitening process.” So was it a mistake or intentional? Sounds like the Sosa camp needs to get its stories right. What do you think?