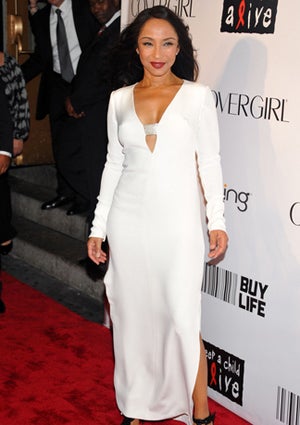 So it’s finally happening. After turning down multiple offers for hip-hop collaborations, Sade has finally agreed work with a rapper. The flawless 52-year-old singer has recently agreed to collaborate with Jay-Z on her greatest hits compilation slated for release May 3.

The duet comes as a musical milestone for Jay-Z who approached Sade last year for a collaboration with little success. The “Cherish the Day” singer  — who also spurned Drake during her 2010 “Soldier of Love” tour –  later told the Los Angeles Times she originally refused to work with rappers because of her own artistic doubts.

“I’m too scared. They’ll find me out,” she explained at the time. “It’s like The Wizard of Oz. There’ll find out there’s nothing there.”

But it looks like that’s all changing from here —  Jay-Z will add a verse to the official remix of “Moon & Sky,” a mellow rhapsody from Sade’s latest studio album. We can’t wait to hear the new track – best of luck with your collabo Sade!