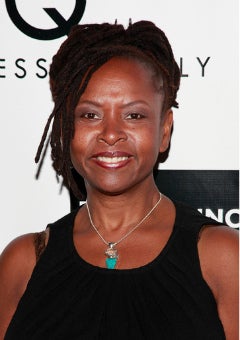 After thirty years on the Howard Stern show, Robin Quivers is finally stepping out on her own. The popular radio co-host recently said she’d like to launch her own talk show and hopes to replace Oprah in daytime television, RadarOnline.com reports….

“I love to do radio and television and I’ve always wanted my own television show, so I’ve been putting out feelers for those kinds of things” said Quivers, 58.

And as for filling Oprah’s shoes?
“Let’s hope,” Quivers said.  “It will be like a talk show, but with subjects that I’d be interested in.  I think I have some interesting things to say and I don’t think anybody out there is saying them. ”