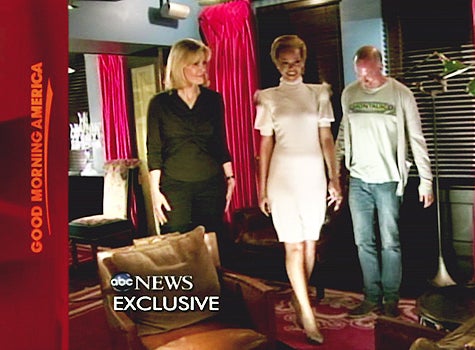 Did you see the Rihanna interview with Diane Sawyer the other night on “20/20”? Her pain was still evident as she very aptly painted a picture of how horrible that night was, as well as recounted the pain of her own childhood that was marred by domestic violence.
It was very brave of Rihanna to bare her soul and inner conflict on primetime. Her angst and reluctance at being the poster girl for domestic violence did not appear to be a role that she relished but bravely undertook. In fact, the most emotion that she showed throughout the whole interview was when she sincerely appeared remorseful for any woman who went back to an abuser ‘who could kill her’, because they saw her go back temporarily to Chris Brown.
Thank goodness that she was able to leave him. His recent comments after her appearance on ABC, appeared to be proof of his probable controlling nature. A few days ago, he told MTV, “I maintain my position that all of the details should remain a private matter between us”.
What? C’mon Chris, when you got arrested, a public matter was the result. Furthermore, Domestic Violence is never acceptable, and certainly is not be a private matter. Domestic Violence is against the law. That was Rihanna’s point! She finally realized that she could not and did not have to protect you.
Her appearance on “20/20,” showed that Rihanna decided to in June Jordan’s words, ‘live her life standing up’. We need to give Rihanna a ’round of applause’ and ‘a standing ovation’. (her words).
Clearly, Rihanna is still in pain and examining the role of love and the nature of romantic relationships in her life.
Hopefully, her quiet but strong message against Domestic Violence, and the warning for young women to get out of abusive relationships after the first incident will be listened to.
Thank you Rihanna.