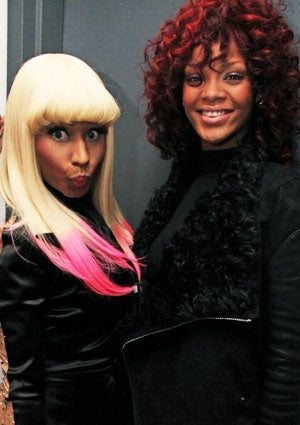 Rihanna and Nicki Minaj are lending their voices to charity as part of a digital-only album to benefit the victims of Japan’s earthquake and tsunami.

According to Reuters, the Universal Music release will raise funds for the Japanese Red Cross.

“We are doing it only digitally because it is faster and this will be a worldwide release,” a spokesperson from Universal said on Monday. “The plan is to have it available later this week.”

Other pop stars to be featured on the album include Justin Bieber, Bon Jovi and U2. The full lineup has not yet been released.