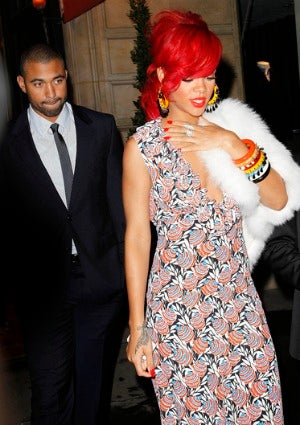 It looks like Rihanna will start the new year off as a single lady. Sources have confirmed to US Weekly that after months of dating, Rihanna and Matt Kemp have officially split.. A source said, “It happened over the last few weeks… She basically was just over it. It was never as serious as it looked. It was always just [about] having fun.” The source went on to say, “Matt’s sick of always following after her like a puppy dog all over the world. He wants something more normal.” It’s sad to see another couple bit the dust — especially since they’ve been going strong for almost a solid year now. From the sources comments it was clearly a very easy going relationship, which is the opposite of what everyone thought. The insider’s comments about their breakup also puts the Matt Kemp infidelity rumors to rest too — as they say… “on to the next one.”