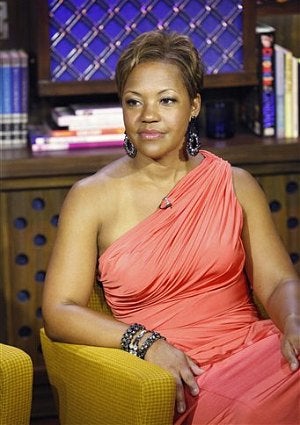 On last week’s episode of “Real Housewives of D.C.,” resident real estate expert Stacie Turner helped Michaele and Tareq Salahi search for homes around D.C. But when the Salahis started throwing out how much they’d like to pay for a home ($100,000 to $8 million), Stacie became a little suspicious. “The prices they were throwing around were so outrageous that it begs you to wonder if they’re dealing in reality,” said the D.C. mom while speaking with ESSENCE.com about finding her birth father and what we could look forward to in this week’s episode. Find out what she had to say…   ESSENCE.com: Last week we got to see how the issue of money kept coming up with the Salahis. What gave you an inclination that they might be in the poor house? STACIE TURNER: Just the week prior, I had gone to their vineyard, and yes, it is a beautiful piece of real estate, but the winery had not been functional for a number of years and from what I knew that was their primary source of income. Then I started doing research on them and there were all these articles about the court battle that Tareq has with his mother. And when you started talking to them about what they wanted in terms of property, it was completely unrealistic. ESSENCE.com: On last week’s episode we also saw you start the process of looking for your birth father. What was it like having the cameras there for such an emotional experience? TURNER: The journey has been ongoing for a number of years and when I committed to doing a reality show I committed for real. The time period of taping was in the midst of me finding him and getting more clues and there was no way that I could leave that out. ESSENCE.com: Will we see what happens with that? TURNER: You will. There’s more to come after last week’s cliffhanger. The conversation that Jason and I were having was really difficult for me because on one hand I want to find out who he is at all costs and on the other, I do feel protective of my birth mother and her family. ESSENCE.com: What can we look forward to tonight? TURNER: This week is going to be really interesting because I started receiving all these terrible emails about me being anti-gay. I found out that there’s a promo running in which I say I believe marriage is between a man and woman. And so there’s been a backlash about what I mean by that. By just getting that little snippet it in no way gives my full feelings about gay marriage. My goal was to represent who we are and what we believe in my family. It’s what we believe for ourselves, not what we believe for other people. Catch Stacie Turner on “Real Housewives of D.C.” tonight at 10pm.