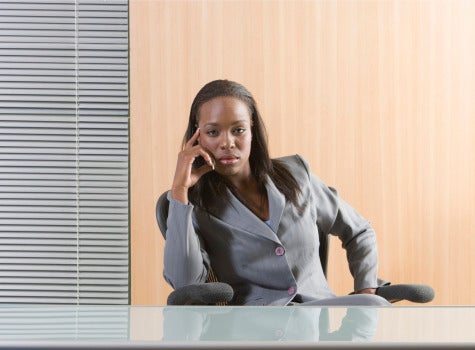 You’d have to be living under a cyber-rock for the past week to avoid the buzz over The Washington Post’s article, “Successful, Black, and Lonely” by DeNeen L. Brown. The Post profiles Helena Andrews, 29, a self-described and proud DC-based “bitch” (an opinion later verified to her by her former co-workers) and author of the upcoming non-fiction tome “Bitch Is the New Black” (Harper Collins).

A series of essays, [documenting] the lives of so many young black women who appear to have everything: looks, charm, Ivy League degrees, great jobs. Closets packed full of fabulous clothes; fabulous condos in fabulous gentrified neighborhoods; fabulous vacations, fabulous friends. And yet they are lonely: Their lives are repetitive, desperate and empty.

“I have tons of friends who are extremely successful lawyers and lobbyists, staffers on the Hill,” Andrews is quoted as saying about her DMV-based friends who are also in their late 20s and early 30s. “They are great at what they do.”

I don¹t know where to start, but I¹ll begin here:

I love the catchy alliteration of the title, but unfortunately, there’s nothing new about the characterization of Black women as “bitches” and not in the self-praising way as, “I’m that bitch” (cue Beyonce) but more like, “God, what a bitch”–a sentiment that could have been expressed by Andrew¹s co-workers when explaining why no one in the office spoke to her. The association between Black women and the word “bitch” is as old as Sapphire, and probably Methuselah too. Still, the age of the epithet and its link back to us doesn’t do anything to diminish the sting of it. A Black woman’s got a hard way to go in the world and the last thing we need is another person, even if it’s one of our own, perpetuating that bitchy myth.

I was troubled too, by Andrew’s inability, to accept her own role in her dismal dating conundrums. I fully acknowledge that one of the “hard ways to go” that Black women face is dismal numbers when it comes marriage, after all, 45% of us are single, many not by choice. And yes, some of our brothers have some issues to work on that give our dating and marriage prospects a serious disadvantage. But I don’t know how being a self-proclaimed “bitch” can tip the odds in anyone¹s favor. Being a “bitch” is not something I suggest anyone who wants to land a soul mate try at home.

Throughout the write-up on Andrews, I kept waiting for the explanation of why she’s such a great catch despite being a “bitch,” despite being “a mean person,” which she also identifies herself as. Was she funny, witty, and complimentary, too? Anything at all positive? If so, Andrews, or Brown, didn’t tell us. We did, however, read a list of professional accomplishments, great titles in great places, and an affinity for chic restaurants on DC’s 14th Street corridor like a great resume, credit score, and the enjoyment of fine dining are the traits you need to meet and/or land a man. This is not at all the case. And I can say that with some authority, as for a living, I interview legions of men on their dating/relationship insights.

As I pointed out in my January ESSENCE story, “Rules of Engagement”:

If you want to make a great impression, focus on who you are and not what you do. [Men] could care less about a woman’s job title and care more about whether she’s nurturing and supportive and has ambition in her chosen field [whatever that may be].

I actually feel for Andrews a bit, because like many women, she’s been hurt (she alluded to as much in the article) and she, like many of us, has been promised a dream of having a sexy, Black husband if we did things the right way, went to school, got a job, didn’t get pregnant, etc. Andrew has done all of those things, and the ring finger is still bare.

I understand her angst. I’ve felt it. But I realized my cold-bed situation wouldn’t change as long as I kept a hardcore outlook and refused to put in the same work into finding a man that I shelled out to get my degrees, my promotions, and my “Louis” bags.

It’s time to stop being bitches and start putting in work.

Demetria Lucas is the Relationships Editor for ESSENCE Magazine and the author of ABelleInBrooklyn.com, a sex, dating and relationships blog.