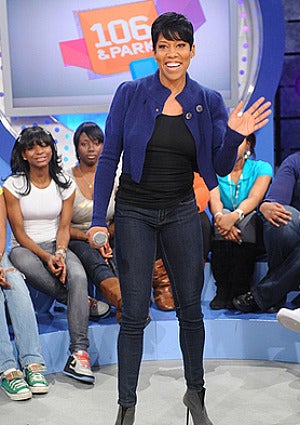 Actress Regina King has reignited the interracial dating debate by writing an open letter urging Black women to date outside their race. In the letter, published in Vibe Magazine, King says Black women should “open up,” especially considering that Black men are dating outside the race. “When you have everyone else who is willing to explore but a Black woman is like, ‘I want me a brother’… then that makes our percentage rate lower and the chances of finding love lower, because we’re only looking in one specific place for finding love — with Black men,” she writes… King is also fed up with Black women who make up excuses as to why they won’t date outside the race. “They never really say it’s because he’s White, or because he’s Spanish or something like that,” she writes, “It’ll be more like, ‘Well, you know he works at such and such, and our schedules don’t match.’ But we’ll know really what it is. It’s ’cause he’s White.” Indeed, Black men do date outside their race more than Black women, but is interracial dating really as simple as just saying “go out and do it”? While I agree with most of King’s assertions, I think characterizing Black women in this manner makes it appear as though while everyone else in the world is evolving (read: seeing beyond race), we’re stuck in some sort of time warp and can’t seem to shake off our love for Black men. Um, no. We don’t need a prompter telling us to go and do anything, even dating outside the race, because we know we can if we want to. The truth of the matter is lots of Black women date non-Black men and will continue till the end of time. We have choices, this we know. We also know that dating is a matter of preference. The idea that a Black woman will deny a man who is interested in her (and she in him) simply because he is not Black is unfair and seems to feed into the idea that we’re so foolishly loyal that we’ll choose race over love. Sadly, this sort of discussion always falls back on the woman. It’s almost as if we’re being told: Black women, you’re alone and it’s your fault. Oy vey, enough already. What do you think?