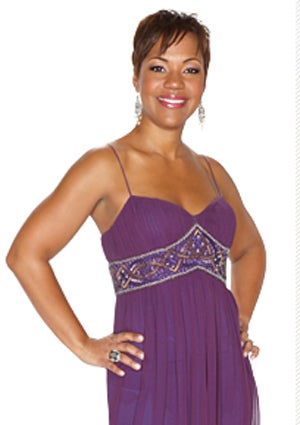 Next up in Bravo’s popular “Real Housewives” franchise is the “Real Housewives of D.C.,” which may be the most interesting yet. We chatted with cast member Stacie Turner, who, in addition being a successful real estate broker at Long and Foster, runs a charity for foster girls in her hometown of Washington, D.C. called Extraordinary Life. ESSENCE.com: What made you join the “Real Housewives of D.C.” cast? STACIE TURNER: I think this is an opportunity to show women overall very positively. I looked at the things going my life, I’m a busy woman trying to juggle family and career and involvement with my charity as well as being active with the community. I think I represent women that are real and positive and that this  would bring attention to my real estate business and charity, Extraordinary Life, so I decided to take the risk. ESSENCE.com: Tell us about your Extraordinary Life. TURNER: My organization is about providing extraordinary experiences to teen girls who are living in foster care in D.C. These girls do not have permanent homes or families so we try to provide these experiences that inspire them to dream and believe that they can overcome their circumstances. For our inaugural trip, we thought what better than to go to the World Cup, which was historic because it was on the continent of Africa and South Africa’s rich culture would be an eye-opening experience for the girls. ESSENCE.com: And there’s an upcoming BET show documenting girls’ trip? TURNER: Yes, BET international accompanied us and they’ve been tracking the girls’ experience to South Africa from the U.S. They interviewed them before they left and looked at their evolution and saw the country through their eyes. Then we linked the girls up with two orphans girls in South Africa prior to the trip and then those two played host when we arrived, so it was really cool. ESSENCE.com: This charity is special to you because you were also a foster child? TURNER: Yes, this is part of my storyline on “Real Housewives,” they talk about my search for my birth parents. Once I had my son, I was diagnosed with sickle cell trait and I became interested for the first time in my family and medical history. This led me to find out that my birth mother was Caucasian and my birth father was Nigerian, which opened up curiosity about Nigeria and its culture because I was totally unaware of any of that. My birth mother had me in the Peace Corps and when she came back, she gave me up for adoption in D.C. I was in foster care for six months before I was adopted by who I consider to be my parents, so I started the charity because I was one of the lucky ones. Their odds of being adopted, if you’re not a baby, are slim. In the storyline, you’ll see that I’m on the search for my birth father and it takes me to the Nigerian embassy and… I can’t tell you any more because you have to watch! ESSENCE.com: So are you a RHoDC villain? You seem so nice right now… TURNER: I don’t know because I haven’t seen the series yet! What I hope is that I portray the modern D.C. woman juggling her career, her family and a ton of activities to which women can relate. On the show, I’m the outspoken direct character and I offer my opinion a lot whether you like it or not. I’m definitely not the villain and my storylines revolve around my family. We cover the search for my family to my known extended family, with my husband’s family in Paris, down to my Aunt Francis, where we have a soul food dinner in Virginia. I think you’ll be surprised to see that all five women have elements that other women can relate to that are positive. We’re trying very hard to keep it positive. ESSENCE.com: Unfortunately, positive doesn’t always make good television… TURNER: What’s interesting about that is you have D.C. that’s interesting in itself as the nation’s capital. So there is drama and unique entertainment with a political backdrop that you haven’t seen before through the conversations that are much more provocative.   ESSENCE.com: Will “Real Housewives of D.C.” be all fancy balls and gowns? TURNER: What’s funny is that there are so many circles in D.C. that intersect. You’ll see the political circle intersect with business circle along with the international community and then you have the black community. D.C. is known as the chocolate city, so we have a long tradition of African-American unity that’s been very active in politics for years, so you’ll get a flavor for all of that. ESSENCE.com: Describe “Real Housewives of D.C.” in one line. TURNER: I would describe us as sophisticated fun.