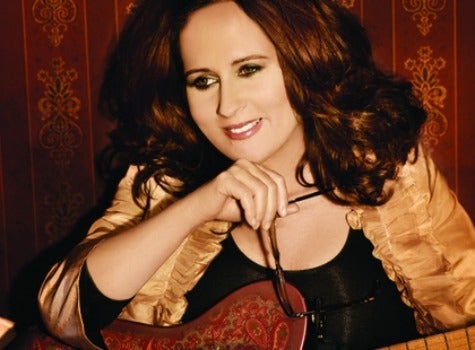 Legendary ’70s and ’80s R&B soul-funk singer Teena Marie has died at 54. Her rep, Lynn Jeter, tells TMZ that Marie passed away last night in her sleep and was found by her daughter today. Though it’s unclear how Marie died, she did suffer a grand mal seizure last month. Perhaps best known for her work with her mentor, the late Rick James, Teena Marie had many hits of her own, including “Lovergirl” and “Ooo La La La.” The California native, born Mary Christine Brockert, had what we all like to refer to as “blue-eyed soul,” gained from a childhood spent in a predominantly African-American neighborhood in Los Angeles. Marie got her big break when she met James, who would take her under his wing. She went on to record 13 studio albums, six of which went platinum.   Rock and Roll Hall of Famers and songwriters, Kenneth Gamble and Leon Huff, released a statement about Marie’s death: “We’re shocked and deeply saddened by the sudden loss of Teena Marie. She was one of the most memorable, soulful and unique R&B vocalists to come out of Motown. We send or condolences to Teena’s family, the entire Motown family and of course, our dear friend Berry Gordy.” On Christmas Day, also the 19th birthday of her daughter Alia Rose, Teena tweeted, “Sarah Vaughan: ‘May You never grow old, and may I never die…'” She had a voice like none other, Teena Marie will live on in our hearts. Check back in with ESSENCE.com for the latest on Teena Marie’s passing.