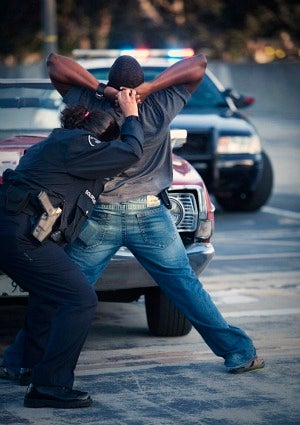 You would be hard pressed to find a Black man who hasn’t had an experience being stopped and questioned by local police for no reason other than being in the wrong place at the wrong time. Since 2009, the New Orleans Police Department has used data gathered on “field interview cards” to document stops that didn’t result in arrests. Recently, officers in Charleston, S.C. have responded to a surge in homicides by executing “stop and frisk” in specific neighborhoods. The New York Police Department has stopped and interrogated nearly 320,000 people, mostly Black and Latino men.   Now a state law in the Big Apple prohibits cops from storing the names of those questioned in a police database. Law enforcement officials across the country are taking note, saying this will make fighting crime more difficult, while civil liberty advocates believe spot searches encourage racial profiling and are invasions of privacy. ESSENCE examines this issue to see if this is the right way to ensure the security of our neighborhoods.   Army Chaplain Capt. James D. Key When I was a young Black man growing up in the Crenshaw area of Los Angeles during the eighties, being stopped by the police was an everyday thing. By the time I was 16 I knew the drill: Keep your hands in sight, don’t make any sudden movements, and don’t give the police any reason to arrest you, beat you, or worse. It happened so often that it was as if being Black were a crime. Today not much has changed. Young Black men are overwhelmingly stopped, frisked and questioned for little more than living in certain neighborhoods or fitting a certain profile. There is data to prove that the vast majority of them are never arrested, or given a ticket or summons. Instead they’re expected to go about their business regardless of the humiliation or disrespect they have suffered. Racial profiling is unacceptable, divisive and wrong no matter who does it. I used to judge all police officers and Whites as racists because of my experience back then. It wasn’t until college, when I was involved in a bad car accident and rescued by a bunch of long-haired, tattooed White truckers, that I realized I had been unfairly painting people with the same narrow brush that had been used so often on me.   About a year ago the police pulled me over with my two children in the car. I didn’t get a summons or a ticket; it was just another case of Driving While Black. All I can do now is use situations like that as teaching moments. At least my kids are learning the drill much earlier than I ever did. –Capt. James Key is a U.S. Army chaplain at Fort Myer in Arlington, Virginia. He is the author of the 2010 book Touch and Go: From the Streets of South Central Los Angeles to the War in Iraq (Strategic Book Group). Deputy Inspector Juanita Holmes Most of the people in my district, a primarily low-income area, don’t have the luxury of a doorman or private security. So they welcome and rely on the police to keep their environment safe. The practice of stop, question and frisk is a valuable tool in achieving that goal. When there is a crime and we are canvassing an area, we may check dozens of people before getting the right one. Or we may never get the right person at all. But ask someone who has been robbed, assaulted or raped if they mind the police questioning those who fit the description they gave. Ask the family of someone who was murdered whether they mind. Some say we are engaging in racial profiling but that’s not true. For example, my district in Brooklyn is predominantly Black. So when someone calls 911, it will most likely be an African-American whom they describe as the perpetrator. I understand that these stop and frisk interactions can be uncomfortable at times. One of the drawbacks is that the procedure is intrusive. But if you are innocent, then you have nothing to worry about. I believe in what we’re doing in the community, and I’ve always tried to bridge the gap between the police department and the people we serve. I preach to my officers how important it is to apologize to the many innocent people we stop. We owe them that. But these streets can dangerous, and we have a responsibility to do whatever it takes to keep them as safe as possible. Stop, question and frisk helps us to do just that. –Juanita Holmes is deputy inspector of the New York Police Department. Until recently, she oversaw officers assigned to an area where stop and frisk tactics were regularly used.