“What the world really needs is more love and less paperwork.”
–Pearl Bailey, entertainer and special Ambassador to the United Nations 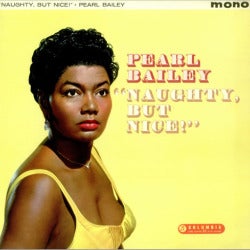 To Do: Time to make sure all your holiday plans are in order. Check list, travel itineraries, and New Year’s decisions are in motion.

Music: It’s a mixed bag of R&B and hip-hop music this week with male domination. Check out what’s in store from the fellas.


Black History: Flip Wilson, the man who had the first Black successful variety show on TV and creator of his sassy alter-ego “Geraldine Jones” was born today. Entertainer Sammy Davis Jr. was born on this day in 1925.

Black History: Comedian Redd Foxx was born on this day in 1922.

Film: “Invictus” starring Morgan Freeman. Based on a true story, South African President Nelson Mandela (played by Freeman) tries to unite his country through the universal language of sports. Mandela aligns himself with the captain of the South African rugby team (Matt Damon) to bring the divided country together. Directed by Clint Eastwood. “Invictus” opens in theaters nationwide today.

* Remember to laugh this week.