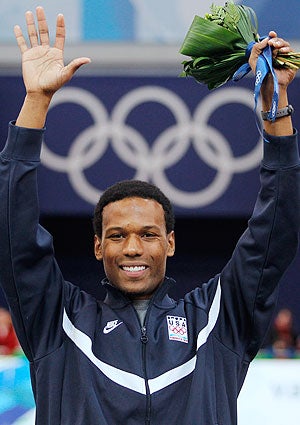 Wow, that was fast!
If, by chance, you haven’t been keeping count, this week marks not only the end of February and Black History Month, but it’s also the final week of the Winter Olympics – go Shani Davis! We hope you’ve enjoyed them all.
Now that Fashion Week is behind us (wasn’t that fun?), we’re getting prepped for round-two of award season, starting with the NAACP Image Awards this Friday, followed by the Independent Spirit Awards and of course, the Academy Awards.
Before we get too far ahead of ourselves, we’re also gearing up to bring you all of the sights and sounds from our Third Annual Black Women in Hollywood Luncheon, which will take place on Tuesday, March 4. Though we can’t give away too much now, be sure to check back in with us, soon, for coverage of our esteemed honorees, red carpet interviews and photo galleries.  It’s going to be magical…we promise!
But first, we present you with the happenings for this week. Enjoy every moment.
Monday, February 22
TV:  “Grey’s Anatomy’s” Chandra Wilson stops by “The Wendy Williams Show.” Check your local listings.
Tuesday, February 23
TV:  Jamie Foxx takes to the couch on “The Late Show with David Letterman.” Robin Thicke is also set perform. Check your local listings.
Birthday:  Niecy Nash celebrates her big 4-0 today!

Wednesday, February 24
TV:  Patti LaBelle is on schedule to set the stage ablaze and do some sofa-time at “The Wendy Williams Show.”
Ne-Yo hits will perform on “The Late Show with David Letterman” and an hour later, actor Don Cheadle will appear on “The Late Late Show with Craig Ferguson.”  Check your local listings.
Thursday, February 25
Event:  “Dreamgirls” opens at the Ahmanson Theater in Los Angeles. The show runs through April 4.

This Expert Shares Tips On Why You Should Be Estate Planning...