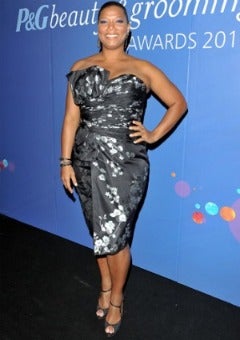 Once one of our favorite girlfriends in 90s sitcom “Living Single,” Queen Latifah is taking another shot at singles comedy — but this time behind the scenes. The talented rapper-actress is set to  executive produce VH1’s ‘Single Ladies,’ a scripted romantic comedy series starring Stacey Dash, LisaRaye McCoy and Charity Shea.

“‘Single Ladies’ is a sexy and smart show… something that we feel TV has been missing for far too long and we knew VH1 was the perfect home for it,”said Latifah in a statement.

The show – which revolves around besties Val (Dash), an aspiring fashion mogul, Keisha (McCoy), an ex-video vixen, and newlywed April (Shea) — debuts May 30 with a two-hour movie followed up by an official series premiere June 6.

Be sure to check it out!