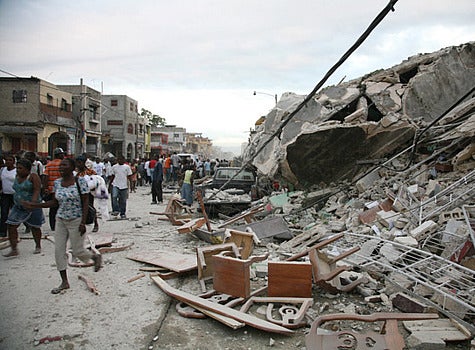 President Obama is set to make a statement on Haiti at 10 a.m. EST today, according to CNN. This morning Haitian Ambassador Raymond Alcide Joseph said the US was the first country to offer assistance.

In the day after a 7.0-magnitude earthquake struck Haiti, officials are beginning to measure the effects of the catastrophe. The Red Cross has said that as much as three million people were affected by the natural disaster. Quite a few UN peacemakers stationed in the island nation have died. “France says it fears the Tunisian head of the UN mission in Haiti has been killed,” the BBC reported.