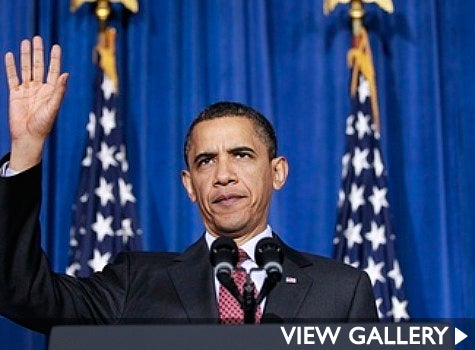 Well, that was fast. In March I interviewed Representative Maxine Waters about Haitian relief efforts in the wake of the catastrophic January earthquake, and a bill she had just introduced in the House to wipe out Haiti’s debt to the United States. “I’ve had a very good response from my colleagues, with over 90 members of Congress who have co-signed my legislation,” she said confidently, although I had my doubts that it would be so easy. The bill ended up passing in both the House and Senate by April. Last week President Obama quietly signed it into law. The law directs the U.S. Treasury Department to instruct major multinational institutions, including the World Bank and International Monetary Fund, to cancel all debt owed by Haiti. The law also calls for aid to Haiti over the next five years to be in the form of grants, rather than loans. “The President’s signature on this bill is further indication of the United States’ support for the people of Haiti,” Congresswoman Waters said in a statement. “I authored this legislation because Haiti’s immense debt burden would have severely impeded the country’s recovery efforts.” This will not only begin to eradicate the $828 million that Haiti owes various development institutions, but given the influential power of the United States, the law also sets a precedent for other countries to cancel Haiti’s debt. As the poorest country in the Western Hemisphere, this debt is especially crippling, and it further threatens recovery from the devastating earthquake that killed an estimated 230,000 people. For more Cynthia Gordy’s Obama Watch stories, click here.