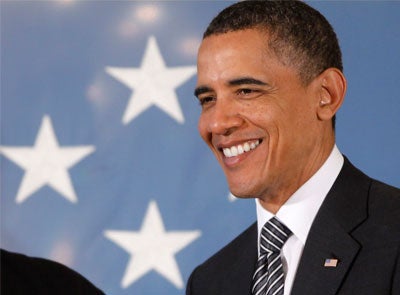 “What a Difference a Day Makes” as the lyrics to my favorite Sarah Vaughan classic so aptly describe the goings-on between President Obama, the birth certificate, and Donald Trump.

This time last Friday we were all talking about how disrespectful and shameful it was that the President of the United States had to show his long-form birth certificate due to the rantings and ravings of the Donald claiming that the President was not a US-born citizen.

On Saturday night at the White House Correspondents’ Dinner, which I attended, the President was full of jokes as he took aim at the Donald in prepared remarks. We were all laughing, analyzing and making fun of Trump’s scowling face as he listened to the President’s remarks, and what comedian Seth Myers did to him after the President spoke.

Little did we all know that just that same day, Saturday, the President apparently had given our US Navy Seals the go-ahead to kill Osama Bin Laden, who was hiding in Pakistan, ironically almost in plain view in a large mansion in the suburbs. Late yesterday evening at about 10:30PM EDT, all of our BlackBerrys started to go off with news that the President needed to address the nation. Stunned, we all crawled out of bed, or off the couch and started making calls to find out what was going on. None of us had a clue it had to do with Bin Laden.

Once the news finally broke through Congressional and White House sources, we all breathed a collective sigh of relief, and paused to reflect and give thanks for our military men and women, and intelligence officials who put in ten long years trying to catch Bin Laden and bring him to justice. But what made me reflect beyond the obvious was how the critics of this president, just days before, were calling into question his right to be President, his citizenship, his academic credentials, and some of our fellow Americans have questioned his “toughness and fitness” to be Commander in Chief.

I wonder how those folks see him now?

And it is proof positive yet again that Barack H. Obama is the right man, at the right time, to lead America.

Sophia A. Nelson is a contributor to Essence.com. She covers national politics for a number of papers and outlets as a freelance writer and columnist. Her new book, “Black Woman Redefined: Dispelling Myths and Discovering Fulfillment in the Age of Michelle Obama,” will be featured in the June issue of Essence and is in bookstores May 31st.