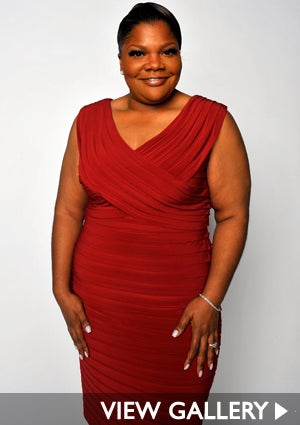 A year ago, in an exclusive interview in ESSENCE, Mo’Nique revealed shocking details about being sexually abused by a family member. Unfortunately, Mo’Nique is not alone. Statistics state that one in four girls is molested before the age of 18; 30 to 40 percent by family members and 50 percent by people whom they know. The movie “Precious” is a snapshot of a dark secret in our communities. ESSENCE.com excerpted some of Mo’nique’s interview to help shed light on this issue in hopes of saving our girls.


“I was molested by my older brother. And even when I confronted him and told my parents, he said I was lying, and nothing was really done.” There. She has finally found the nerve to say it. And once said, the rest of the story comes tumbling out.

The alleged abuse started when Mo’Nique was 7, and she says it continued until she was 11. She was the baby in the family, and her brother, the eldest child, was nearly ten years older than she. Mo’Nique says he molested her four times over the course of the next four years, after taking her into the bathroom and giving her candy. When she was 15, she says she finally told her parents because something violent happened; she won’t say what. (After numerous attempts, we could not reach Mo’Nique’s mother for comment.)

What has finally prompted Mo’Nique to talk about the abuse is her chilling role in the new film [“Precious: Based on the Novel ‘Push’ by Sapphire,”] a gritty, harrowing tale of incest. It’s the kind of role that takes nerve of a whole other sort, requiring the courage to look bad, act ugly, and get dirty. Based on the 1996 controversial novel “Push” by Sapphire and directed by Lee Daniels, who also helmed “Monster’s Ball,” “[Precious]” exposes unimaginable family dysfunction. Mo’Nique plays Mary Jones, a woman who sexually violates her own daughter–she forces her child to perform oral sex on her, beats her, makes her gorge on food–and lets her husband continue the abuse by raping their daughter, getting her pregnant twice. Mary personifies evil, and the early buzz is that Mo’Nique has given the performance of her career. It’s being said that [“Precious”] could do for her what “Monster’s Ball” did for Halle Berry–earn her an Oscar.

Mo’Nique had to go to a personal place that was deep, painful and terrifying to summon the power she brought to her performance. She had to revisit her own painful history of incest, one that still elicits conflict over how she and her family handled the trauma of her older brother’s abuse. “I’m not blaming my parents because me and my brother were both their children, and I just don’t know the kind of position they felt they were in,” she says, explaining their reaction when she first told them what her brother had done. “My father was very upset, but it never got mentioned again. I’ll never forget my mother saying, ‘If it’s true, it will surface again,’ and I remember thinking, Why would I lie? Why is there even an if in this?”

Though Mo’Nique insists that she doesn’t blame her parents, who had always adored her, she does say, “I was angry with them for so long, because I felt as if they should have seen what was happening.” Yet Mo’Nique herself kept quiet, not wanting to further upset her family, and later, not wanting to be another celebrity with a sad story of pathology to tell. “It seems celebrities always come out with these stories,” she says. “But we’re real people, and a lot of real people get molested.”
Mo’Nique also has a purpose in this revelation and performance. “Goddamn it,” she says, “it’s my obligation to let people know, and to tell them to watch their children.”

“Precious” opens in theaters on November 6.