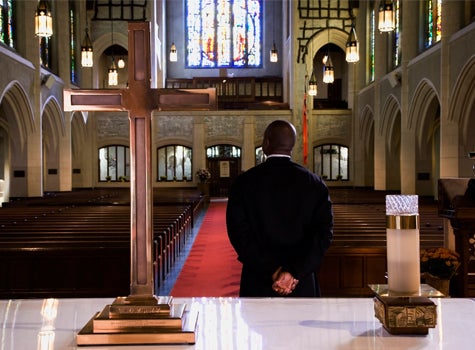 Pastor Anthony Hopkins of the Inspirational Tabernacle Church in Jackson, Alabama, was recently sentenced to life in prison after being convicted of killing his wife and storing her body in a home freezer, according to the Associated Press. Authorities say the 39-year-old pastor terrorized his family in between his preaching revivals. Hopkins also gave home schooling to all eight of his children with fabricated stories from the Bible. His then-wife, Arletha Hopkins, had previously accused her husband of molesting his stepdaughter. The gruesome discovery of Arletha’s body, who went missing in 2004, took place in 2008 after Hopkins’ stepdaughter led police to the freezer. Officials arrested Hopkins during the middle of one of his services. He received a maximum life sentence for murder and additional time for other charges including sodomy and sexual abuse.