By clicking Sign Up, you agree to our Terms of Use and that you have read our Privacy Policy
Skip to content
People attend a rally to protest against government shutdown outside a federal government building in New York, the United States, Jan. 15, 2019. Dozens of federal employees and their representatives as well as activists gathered here on Tuesday to protest against the ongoing partial government shutdown, which is now the longest government closure in U.S. history. (Xinhua/Wang Ying via Getty Images)
By Brée Nachelle · Updated October 23, 2020
The federal government is heading into its 26th day of a partial shutdown. You read that correctly: 26 days. What is now the longest shutdown in American history has affected roughly 800,000 employees in agencies including the State Department, the Department of Justice, the Department of Transportation, the Department of Agriculture and the Department of Interior. What started out as an extended holiday for some quickly turned into a hostage situation of the finances. Many of these furloughed government employees are currently home, anxiously twiddling their thumbs as they wait to find out what sort of deal lawmakers are going to come up with to get them back to work. I am one of those employees: I work for the National Aeronautics and Space Administration (NASA). As a divorced mother of two, with almost nine years under my belt at NASA, I appreciated the uninterrupted extra time to hang out with my children; but as the new year loomed, so did the payment due dates. I canceled my hair appointments, my Netflix, my iTunes and my Audible account, and I am reworking my finances. I am fortunate for my network, but it has been difficult for me to have conversations with well-meaning family and friends about the shutdown. To them, every breaking news story is my ticket to getting my rent paid on Feb. 1. Friends and loved ones text, “Good for you! You can go back to work now, right?” “No, unfortunately not yet,” I gently replied yesterday, after the House of Representatives sent a new bill to the Senate. Being one of the government employees without substantial savings, I have started the process to apply for unemployment, have begun selling things online and am applying for jobs online to see where they will lead. As the days linger on and the discussions in the news become background noise, furloughed employees have become collateral damage. But people fail to realize a few things. First, the annual federal-funding dance between the legislative bodies occurs a lot more frequently than news media care to report. There was a full government shutdown in January 2018 that lasted two days, and another one after that, in February 2018, that lasted a day. The last long-term shutdown, under President Barack Obama, lasted 13 days in October 2013, but the political climate was very different. The Democratic president faced a Republican House and Democratic Senate, and most Americans were supportive of the Affordable Care Act, which the Republican-controlled House didn’t want to fund. By comparison, the current shutdown began when the Republican president, determined to get funding for a southern-border wall that most Americans don’t want, had a Republican-majority House and Senate. Congress was still unable to agree on legislation for $5.7 billion in funding for border security. Second, Black people have been disproportionately affected by the shutdown. According to the Partnership for Public Service, even though Black people make up only 12 percent of the U.S. population, African Americans provide the federal government with 18 percent of its workforce. ESSENCE reached out to a few Black furloughed employees, under the condition of anonymity, to discuss their opinions and concerns about surviving the longest government shutdown in history. When asked how she’s been able to make ends meet, one employee, a grade GS-6 IRS representative, told ESSENCE: “I have been unable to, honestly. I attempted to take out a loan and am unable to due to my credit, so I applied for unemployment, and I’m still waiting for a determination.” And she’s not alone. 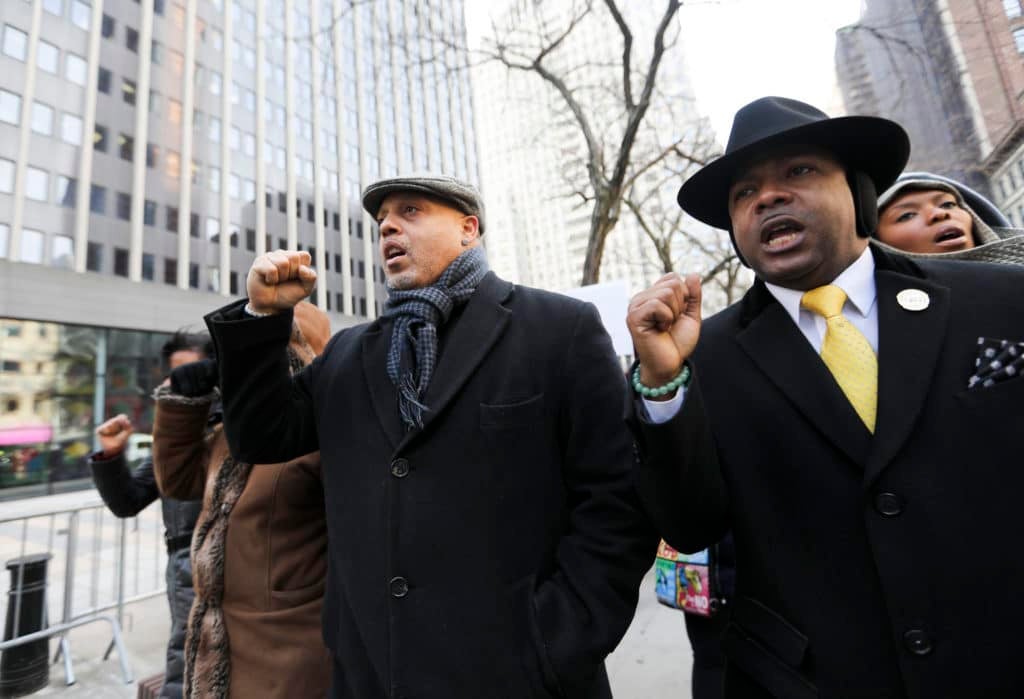 The governors of Maryland and Virginia, along with the mayor of Washington, D.C., have sent a joint message to the president seeking a resolution to this shutdown madness. They wisely foresee the stress that mass regional unemployment will have on their social infrastructures. Local governments and civic organizations are coming together to host job fairs and food drives to serve the immediate needs of those employees who missed their first paycheck on Jan. 11. “We’ve had to stretch money with no anticipation of this being resolved or when we’ll be reimbursed,” one married Federal Aviation Administration analyst shared about his family’s situation. “My wife has been furloughed as well, so it’s an extremely stressful time for my family.” They expect to be financially comfortable only for another two weeks. Furloughed employees are displeased that the Office of Personnel Management suggested bartering as a form of payment for rent and other bills. Some have had good fortune, like one Department of Homeland Security employee: “I did contact my creditors, and they have been wonderful. I have delayed payments for a couple of weeks.” Others have not been as successful. One Department of Agriculture employee reported back: “My student-loan people told me, ‘Sorry about your luck,’ basically.” Because I am concerned about the health and well-being of my co-workers during Shutdownpalooza, I’m making an effort to reach out to my colleagues for wellness checks. No doubt, some of your friends and loved ones are not faring well. The truth is, not everyone has a three-month savings account to draw from. A 22-year veteran of the Department of Agriculture told ESSENCE that she “would advise self-care first. Do what you have to do to protect you and yours. And talk to your fellow furloughed co-workers. We’ve all been sharing resources and ideas of what we can do to generate more funds.” A GS-15 employee with the Department of Homeland Security shared her recollection of the stress of a previous government shutdown: “I was furloughed during the 2013 shutdown, and it was a very stressful time. People were setting themselves on fire and committing suicide.” To add insult to the injury of these traumatic events, these willing and ready-to-work employees are being depicted in the news as supporters of the shutdown. When asked if she had a message to share with Donald Trump, a GS-15 Housing and Urban Development staffer simply responded: “The federal workers do not support the furlough or your desire to hold us hostage to keep your campaign promise. Federal employees are people, too. We want to work and are committed to public service in which we support the American people.” A contractor for NASA wanted ESSENCE to share with the president that “the wall is symbolic. I get it. You want to ‘prove’ to your base that you are a man of your word and you do what you set out to do. However, this shutdown is doing way more harm than good. You’re the president; be presidential.” It goes without saying that these 800,000 furloughed employees aren’t home on vacation, as suggested by White House economic adviser Kevin Hassett; nor did they walk away from their employers in protest or on strike. An IRS systems analyst, when asked what common misconception they wanted to disprove, said, “Lawmakers think this is like a ‘vacation’; however, we are afraid to spend our money because of uncertain income.” 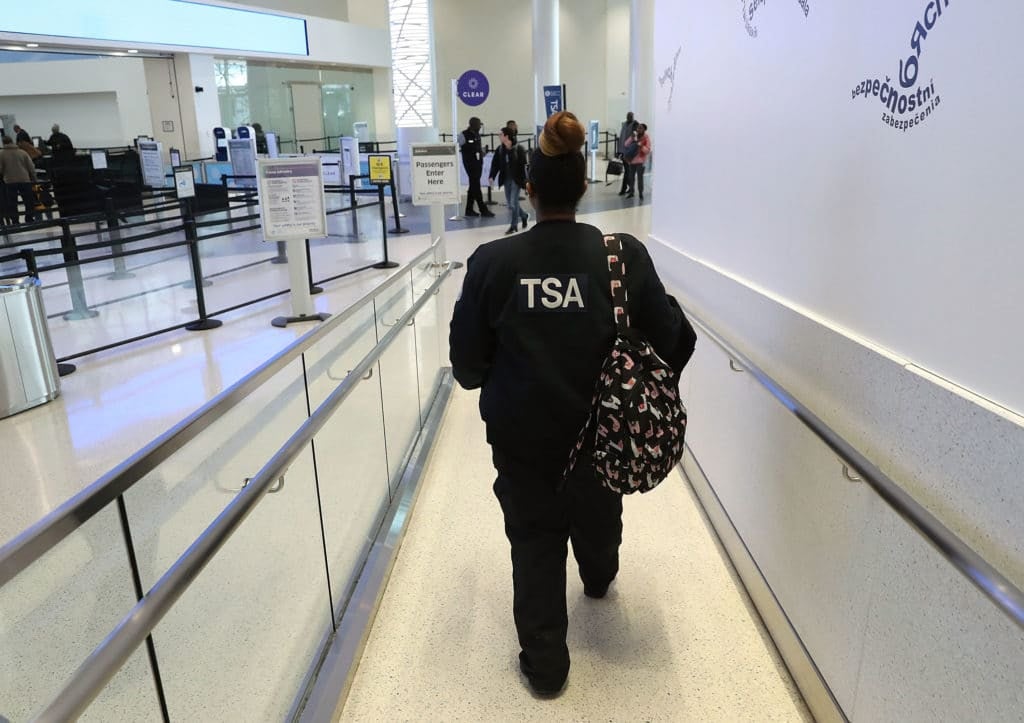 TSA employee Demika Thornton reports to work where she is not being paid due to the partial shutdown of the U.S. government, at Baltimore Washington International Thurgood Marshall Airport, on January 14, 2019 in Baltimore, Maryland. Now in its 24th day, this has become the longest partial government shutdown in the nation's history. (Photo by Mark Wilson/Getty Images)

As furloughed employees, we could consider ourselves lucky, because 46,000 IRS employees have been asked to return to work, without pay, to begin processing tax returns. It makes me remember that employees of the Transportation Security Administration, Coast Guard and other agencies are also working without being paid. Imagine having the weight of unpaid bills and then adding on the cost of day care and the commute, and then, to top it off, you’re also expected to provide excellent customer service in the face of financial insecurity. It’s hard to have good employee morale when you’re forced to work without pay. We federal employees are simply people who enjoy our work and are being prevented from doing that work because of a border wall that was supposed to be paid for by Mexico. If you would like to help federal workers return to work, please call your senators and ask them to reopen the government now.   Disclaimer: All views and opinions expressed are of the author and not of ESSENCE, NASA or the U.S. government.