Donald Trump presented a 100-day Action Plan while on the campaign trail, promising his supporters a variety of legislative overhauls within the first few months of his presidency.

Instead of focusing on many of these legislative items, Trump has spent much of his nascent first-term bickering with the press, golfing in Florida, and making bold-faced lies that detract from his actual presidential duties.

Here, we’ve rounded up some of his most ridiculous falsehoods and a list of his broken promises. 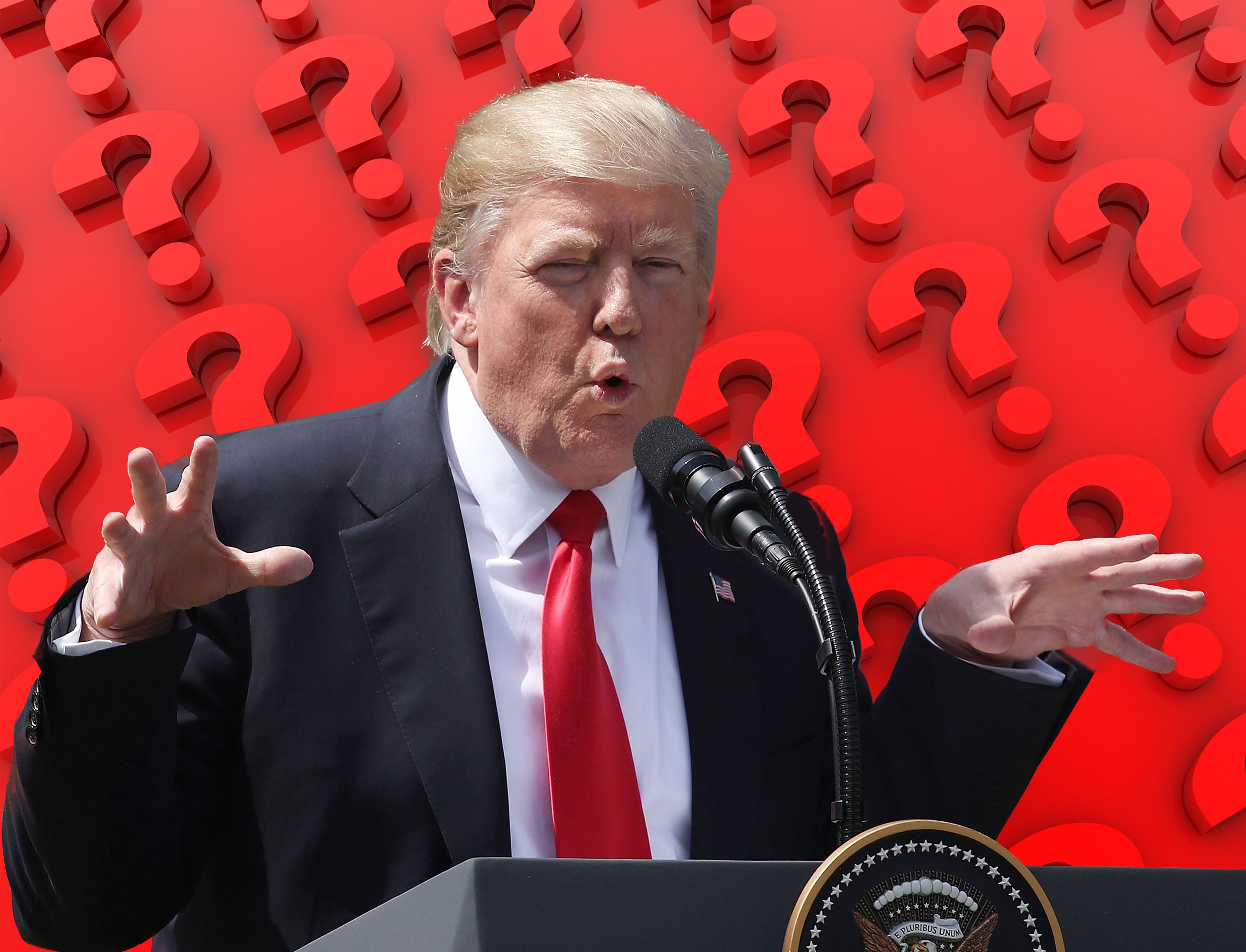 Affordable Childcare and Eldercare Act: Not yet introduced

End illegal immigration with the construction of a border wall, with costs to be reimbursed by the Mexican government: Mexico has refused to pay for such a wall, and no bill on this issue has been introduced. There have, however, been reports that Trump will impose charges on Americans’ flood insurance. Many of these homeowners, some of whom are flood victims, are in coastal areas thousands of miles away from the Mexico border.

A complete ban on foreign lobbyists raising money for American elections: No legislation on this issue has been introduced.

Direct the Treasury Secretary to label China a currency manipulator “from Day 1:” On April 12, Told the Wall Street Journal he doesn’t believe China is a manipulating its currency.

Cancel every unconstitutional executive action, memorandum, and order issued by President Obama: His administration hasn’t produced a list of Obama’s orders, memos, and actions, so suffice it to say this promise can’t be fulfilled without knowledge about what is actually being canceled.

Cancel federal funding to sanctuary cities: While Trump is lobbying hard for this measure, it may not be legal. The Justice Department then shifted its tone this month, stating that its only curtailing Homeland Security grants. No sanctuary city has yet to lose federal funding.

Suspend immigration from terror-prone regions using “extreme vetting:” There were temporary suspensions in the first few days of Trump’s presidency that targeted American residents who were not from terror-prone countries. Beyond that, two federal appeals courts held these bans illegal.

Promised to work with Congress to introduce the Middle Class Tax Relief and Simplification Act: Has not introduced a plan to do so despite promises that it would be out soon.

Discourage multinational companies from laying off workers in order to use offshore labor: No actions on this proposal.

Introduce an American Energy and Infrastructure Act: Not yet introduced.

Introduce the School Choice and Education Opportunity Act, which “redirects education dollars to give parents the right to send their kid to the public, private, charter, magnet, religious or home school of their choice. Ends common core, brings education supervision to local communities. It expands vocational and technical education, and make 2 and 4-year college more affordable:” Most of these measures have not been formally introduced as legislation, and Congress has no jurisdiction over Common Core, which is controlled by states.

Hiring freeze on all federal employees: Signed a presidential memorandum ordering a freeze, but lifted it on April 12th.

Five-year ban on White House and Congressional officials from becoming lobbyists after leaving government service: Signed an executive order that applies to his administration officials, but applying this ban to Congress would require legislation. Some news organizations have discovered former lobbyists within Trump’s administration working on issues for which they lobbied, defeating Trump’s promise about “draining the swamp.”

Ask Congress to codify a lifetime ban on White House officials lobbying on behalf of a foreign government: No public record of such a request.

Will re-negotiate or withdraw from North American Free Trade Agreement: Stated he’s not pulling out of it for now. 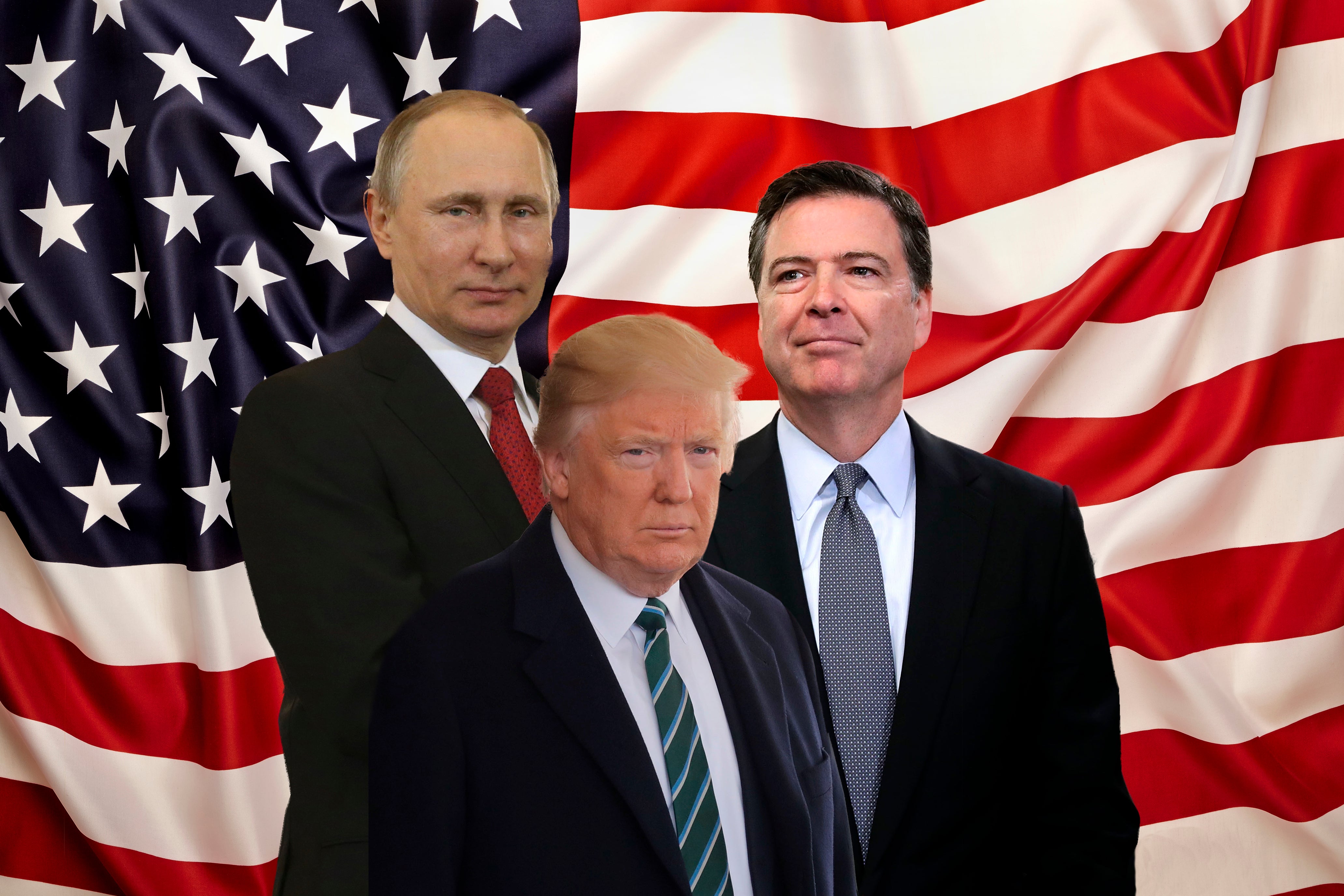 33 Of The Most Egregious Lies and Exaggerations (we had nearly 500 to choose from):

Said a 100-day benchmark is “ridiculous,” but “pledged” a 100-day plan leading up to the election.

Insisted that President Obama wiretapped his phones. The Justice Department and FBI found no evidence of wiretapping.

Claimed the murder rate is the highest it’s been in 47 years. Barring a spike in 2014 and 2015, it’s actually among the lowest it’s ever been.

Claimed he saved $725 million on the F-35 fighter jet. The price of the planes was coming down before his presidency.

Takes credit for corporate decisions, such as ExxonMobil investments, that were made before his presidency.

Declares, “all pipelines that are coming into this country from now on has to be American steel.” His order doesn’t apply to the Keystone pipeline, and for others they must meet this requirement only to the “maximum extent possible.”

Stated that his administration has “created more than almost 600,000 jobs.” Trump is including a January jobs report that includes data predating his presidency.

Blames Obama’s “weak illegal immigration policies” for the formation of MS-13 gang, despite them being active since the 1980s.

Says, “no administration has accomplished more in the first 90 days,” despite not signing into law any major piece of legislation. At this time in Obama’s first term, the President had signed into law the Lilly Ledbetter Fair Pay Act, S-CHIP, which provides matching funds to states for health insurance to families with children, and the Recovery Act, the $825 billion stimulus package to help get America out of its recession after the 2008 collapse of the financial sector.

States he signed a bill to “spend again” on NASA. The bill was actually intended to block Trump and his administration from making drastic changes to the program.

States he did an almost impossible thing by easily winning the Electoral College. According to the Washington Post, “Every Republican president since Rutherford B. Hayes in 1876 won a larger share of the electoral college votes than Trump, with the exception of George W. Bush and Richard Nixon.”

Claims his healthcare bill would “save perhaps $900 billion,” when it was projected to reduce the deficit by $337 over the next decade, not $900 billion.

Now claims the Obama administration should have attacked Syria, despite repeatedly criticizing Obama for intervening in Syria in 2013 and 2014.

Called NATO obsolete for not fighting against terrorism and claimed they began to fight terrorism only after his urging. NATO has been involved in counter terrorism since 1980, according to the Washington Post.

Claims he didn’t know Vladimir Putin, despite saying in the past that he knows him very well.

Takes credit for Toyota investing in a Kentucky plant. A Toyota spokesperson says Trump had no role in the investment.

Claimed he did not know Steve Bannon, despite appearing as a guest on Steve Bannon’s radio show nine times prior to making that statement.

Stated that Congressman Elijah Cummings, a Black representative from Maryland, told Trump he’d “go down as one of the great presidents in the history of our country.” Cummings clarified, stating that he told Trump instead “he could be a great president if he takes steps to truly represent all Americans rather than continuing on the divisive and harmful path he is currently on.”

Has repeatedly claimed that Tennessee has lost half of its health insurance companies. As stated in the Washington Post, “all eight of Tennessee’s rating areas have at least one insurance carrier and three have two carriers.”

At the time, praised Obama’s stimulus package for its infrastructure spending. Later complained “nobody ever sees anything being built.”

States that the US has an $800 billion trade deficit. The deficit is $500 billion.

Promised to repeal Obamacare immediately, and then stated that he never said he’d repeal and replace it within 64 days.

Takes credit for $100 million dollar funding to Flint, when it was President Obama who signed the act for this funding in December 2016.

Invents a February 10 Swedish terrorist attack that he attributes to the country’s refugee policies. No attacks or riots took place in Sweden on February 10.

States that thousands of Muslims were televised celebrating the September 11, 2001 terrorist attacks in New Jersey. There is no TV footage or newspaper coverage to support this claim.

Claims that “tremendous numbers of people” registered to vote incorrectly or illegally. Secretaries of State around the country do not know of any evidence to support this claim.

States nobody has been on the cover of TIME magazine more than he has. Richard Nixon has 55 TIME covers. Trump has about 12 covers.

In a speech, states “we believe in two simple rules: buy American and hire American,” but reports show that Trump’s own products have been manufactured in 12 other countries.

Urged US troops to leave Iraq immediately, while, as president states “we should never ever have left.”