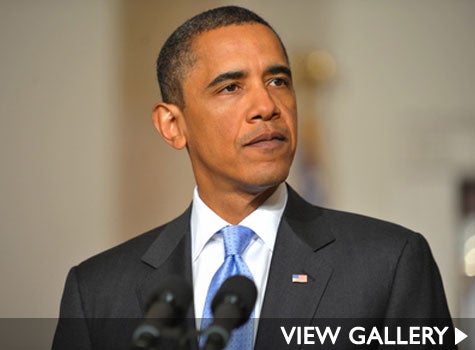 I never thought I’d be reflecting on the word “Negro” in the year 2010, but the word has been strangely persistent lately.

It started last week with the U.S. Census Bureau’s launch of an awareness campaign about participating in the 2010 Census, the data form used to allocate government program funding and Congressional representation to different communities. The census question about race, however, has ignited outrage, because one answer is listed as “Black, African-Am or Negro.”

Critics say the continued use of the term on a government document is derogatory and out of date, but Census officials explain they kept it in to be inclusive, because surveys found that a significant number of older African-Americans identify themselves that way.

While I agree that “Negro” is behind the times, it isn’t so puzzling to me that the option is on the census. People choose different labels for themselves, for all kinds of reasons. My grandfather always referred to himself as “Negro” because, being of his generation, that’s the nomenclature he was most comfortable with. I also know a guy who defiantly checks “Other” on certain forms because he doesn’t like the term “African-American.” I get why seeing the word on the census is uncomfortable for many people, but I also understand the context of the Bureau trying to count as many people as they can.

Senator Harry Reid, on the other hand, is a bit of different situation for me. According to a new book, Game Change by John Heilemann and Mark Halperin, in 2008 the Senate Majority Leader privately told the two journalists that voters would embrace Barack Obama as a presidential candidate because he’s “light-skinned” and had “no Negro dialect, unless he wanted to have one.”

Reid’s probably right that Obama wouldn’t have had as strong a chance in the election if he were darker skinned, as studies on American voter attitudes have shown as much. But the word “Negro” coming from a U.S. Senator–not someone who has lived his whole life in some remote, backwoods place and doesn’t know any better–is pretty clueless. I also bristle at the idea of a so-called “Negro dialect,” as if Black people are supposed to speak a certain way.

Although Reid wasn’t necessarily giving his own opinion, and may have simply been referring to the prejudice of other people, he apologized. “I deeply regret using such a poor choice of words,” Reid said in a statement this weekend. “I sincerely apologize for offending any and all Americans, especially African Americans, for my improper comments.” President Obama also released a statement accepting Reid’s apology.

What are your thoughts on all this use of “Negro?” Is it all about context, or is it never okay?