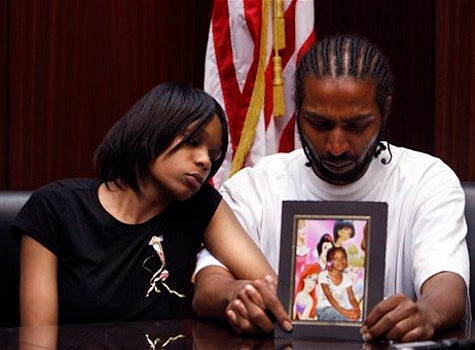 An attorney for the family of 7-year-old Aiyana Jones is accusing the Detroit Police Department of covering up for it’s officers after an independent autopsy found that the girl was shot through the top of her head, not her neck as previously stated, reports the Detroit Free Press. A new report from pathologist Daniel Spitz supports the family’s claim that Aiyana was sleeping in the living room sofa when she was shot by an officer’s bullet that came from the porch. Her attorney, Geoffrey Feiger, says that video footage of the incident will prove that the fatal shot came from outside the family’s home. “When officers entered the house, she was already shot,” Fieger said during a press conference. Critics are questioning whether having a film crew from “The First 48” could have impaired the officer’s judgement. Findings from the updated autopsy have been changed on Aiyana’s death certificate.