Skip to content
By Paula Rogo · Updated October 23, 2020
Texas law enforcement officers have made an arrest and filed charges against the man accused of shooting and killing 7-year-old Jazmine Barnes during the New Year’s weekend. Eric Black Jr. is currently being held in a Houston jail on a murder charge without bond after he and a second suspect were arrested Saturday, according to a statement released by Harris County Police. After a tip, Black was taken into custody “then admitted to taking part in the shooting,” the statement read. Jazmine was killed Dec. 30 while traveling in a car with her mother and three sisters. According to reports, a man pulled up next to the family and fired off several shots. Jazmine died at the scene. 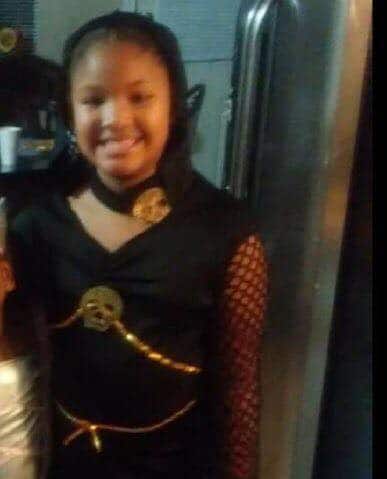 “As I turned around and looked back at the street, I heard shots start firing and they came through my window, broke my glass, and hit me in my arm. They sped off in front of us and the truck slowed down and continued to fire as he was in front of us,” Jazmine’s mom, LaPorsha Washington told news station KTRK. “It was not fair. It was not fair. He intentionally killed my child for no reason. He didn’t even know her, he didn’t know who she was,” the grieving mother added. Police say that a suspect was described as a white man with a beard who appears to be in his 40s and was driving a four-door red pickup truck at the time of the shooting. Black, the man in custody, is African American. The police now also believe the killing may have been gang-related, Fox 26 reports. “At this time, investigators do not believe Jazmine’s family was the intended target of the shooting, and that they were possibly shot as a result of mistaken identity,” the press release said.