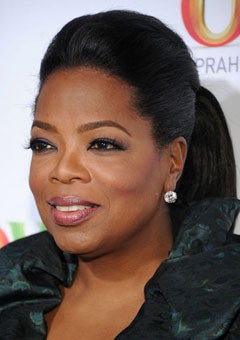 The last time Oprah’s show saw such an astronomical spike in viewers was back in 1994 when an episode called “People Shed Their Disguises” aired.

The show featured guests who were letting go of their different ways of altering their appearance. Experts predict the finale’s final viewer numbers will break records. To quote a few of the queen’s final words form the show: “There are no words to match this moment.”

Oprah spent the day after her big show in her PJs, getting her hair braided, and reading all her fan email. If you’re wondering what Lady O will be up to now that her schedule’s freed up, you can catch her on Twitter.