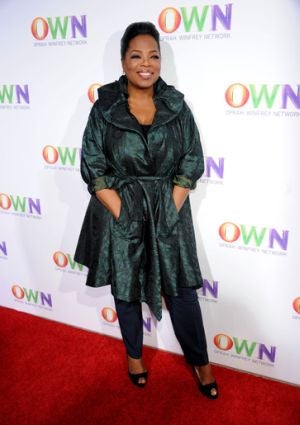 Known for her signature ‘aha’ moments, Oprah recently promised another eye-opening revelation on her upcoming show this Monday. The daytime talk queen said she plans to share one of her  most shocking and personal family secrets with her audience…

“I was given some news that literally shook me to my core,” Winfrey, 56, said in a promotional spot. “This time, I’m the one being reunited. I was keeping a family secret for months, and on Monday you’re going to hear it straight from me.”

While further details of her family secret are on the hush, the millionaire hostess has several possible stories to share. She’s the daughter of unwed teens, birthed a baby son who died, and was raised by various family members.

“I thought I’d seen it all,” Winfrey continued. “But this, my friends, is the miracle of all miracles.”

What do you think is Oprah’s big secret?