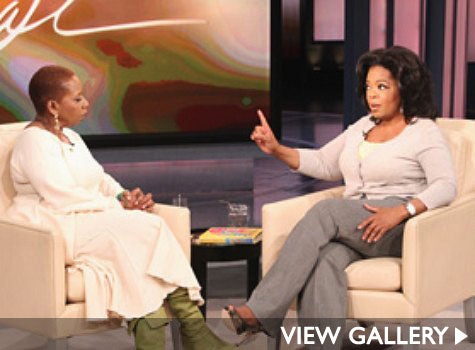 YYou should know better than to cross Oprah Winfrey….

This week Oprah Winfrey and bestselling author Iyanla Vanzant settled their rift on her talk show. Back in the 90s Winfrey had been grooming Vanzant to host her own show, and felt slighted when she took an offer to do her own show from Barbara Walters. In other news, a new battle with the media mogul might be brewing, as Philadelphia Eagle Michael Vick canceled his highly-anticipated appearance on the talk show this week. And these aren’t the only splits Winfrey has seen. Take a look at a few other famous feuds from the Queen of Daytime TV.