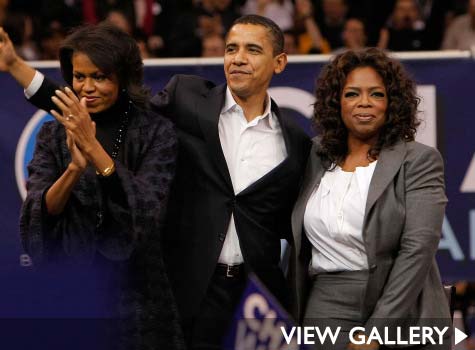 Oprah Winfrey landed an interview in the White House with President and First Lady Obama for her hit talk show. The 60-minute segment is set to air on December 13 and will feature the Queen of Talk and the first couple discussing everything from the state of the nation to christmas decorations.
A note on her website oprah.com reads, “The intimate, informative and entertaining hour-long special will include a one-on-one conversation with the president, marking the first time Oprah has interviewed him since he took office, as well as an exclusive sit-down interview with the first couple. The ABC primetime special will showcase behind-the-scenes preparations as the White House gets ready for the holiday season.”
Winfrey may be giving up “The Oprah Show” but clearly she will still be informing, inspiring and asking the tough questions.