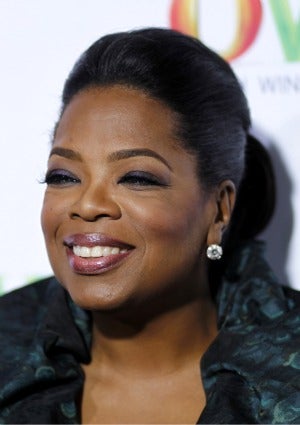 Oprah Winfrey is well-versed in revealing the explosive secrets of other families. Today, she turns the cameras on her own family as she reveals that she has a long lost half-sister named Patricia, aka Bunny. Oprah has called the revelation a “bombshell family secret that left me speechless” and promised to tell all on her talk show today…

“Yes, it’s true,” Oprah told her studio audience. “It is true that my mother, my mother Vernita is also Patricia’s birth mother. That means Patricia is my half sister who I never knew existed.”

Patricia was born to Oprah’s mother Vernita Lee and given up for adoption shortly after her birth, reports the Chicago Tribune. By then Oprah was nine and living with her father Vernon in Nashville, Tennessee. Patricia, whose last name has not been released, lived in foster homes for most of her life and became a mother at age 17. It was her son who made the connection to Oprah after watching Lee on a TV interview talk about her three children, one of whom was Oprah.

The queen of daytime talk says she chose to broadcast the family secret on her own talk show because she feared it would be exploited had the press heard about it. “I wanted you to hear it from me first,” she told her studio audience. TMZ has a clip of Oprah and Patricia’s emotional reunion.

The tear-filled episode airs today at 4pm EST. Will you be watching?