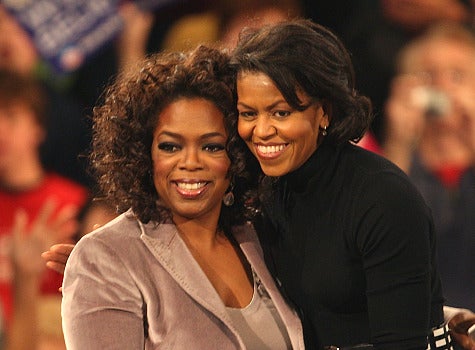 No stranger to wise financial investments, Oprah is putting her money towards one of her good friend Michelle Obama’s favorite brands, J. Crew. During yesterday’s “Dream Job” episode, WWD reports, Oprah told J. Crew’s Creative Director Jenna Lyons that she became an investor after seeing the First Lady decked out in a J. Crew ensemble (the now-iconic cardigan, sweater and skirt moment) on The Tonight Show with Jay Leno back in October 2008. “The very first time I saw the First Lady, even before she became the First Lady, wearing J. Crew, I went and bought some J.Crew stock,” Oprah said. “And it was a very good decision.” We can only imagine–J. Crew’s affordable, chic separates have been flying off the shelves ever since Mrs. Obama began wearing them so well! Related stories: