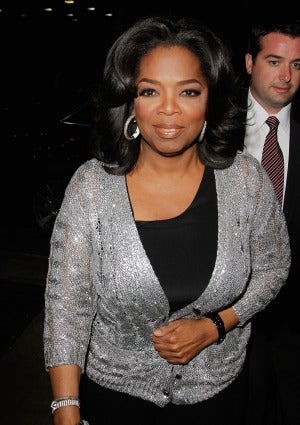 Have you ever wondered if Oprah Winfrey’s got angels by her side, helping her do all the amazing things that she does? It turns out she’s got hundreds. The talk show queen donated 700 Black angels to the Angel Museum in Beloit, Wisconsin, Chicago Sun-Times reported. Winfrey happened upon her collection when, during a 1998 show taping, she posed the question, “I wonder if Black angels exist?” Ruth Carlson, the museum’s executive director, told Chicago Sun-Times. Oprah fans assured her that Black angels did exist indeed and in multitude, by sending in hundreds of angels. “One of her favorites, and it’s he only piece in the museum that doesn’t have wings, is a figurine of Rosa parks,” Carlson continued. “She considers Rosa Parks her personal angel.” This museum dedicated to heavenly guardians is curated by 79-year-old angel enthusiast Joyce Berg, who dresses up in a satin gown with wings. Berg and the “Oprah Collection” greet museum-goers as they walk through the door.