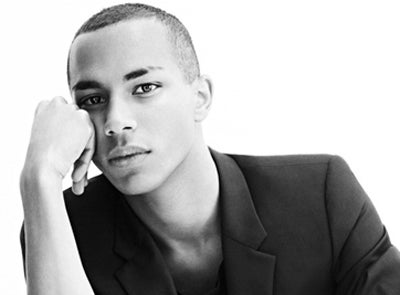 Balmain has finally selected a new head designer, Olivier Rousteing. The French-born African is taking over the luxury fashion house following the departure of designer Christophe Decarnin earlier this year, reportedly due to mental health issues. Rousteing, who spent five years at Roberto Cavalli, has been with Balmain since 2009 and is currently in charge of women’s wear.

There isn’t much known about the designer, described by a source as “a young and promising creative dynamo.” He was trained at ESMOD in Paris and speaks several languages. According to New York Magazine, it’s very likely that Rousteing, who worked with Decarnin for two years, has been designing the collection since January of this year.