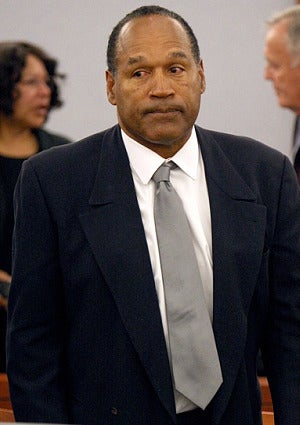 Today in Crazytown, USA news, three White Los Angeles teachers have been suspended after choosing OJ Simpson, Dennis Rodman and RuPaul as Black History Month heroes for their elementary school classes. At the school’s celebration students walked in wearing pictures of the three celebs–one student even donned a blond wig in honor of RuPaul.   Talk about a major gaff. If they were too overextended to do their research (as many public school teachers often are), there’s always President Obama, First Lady Michelle Obama, Oprah, the list is endless. Instead they chose a drag queen, a shamed football player and the bad boy of basketball. Granted, RuPaul is fierce and deserves praise for his achievements, but perhaps children in elementary school aren’t ready for a lesson in cross-dressing just yet.  “I just can’t fathom what these teachers were thinking of except to make a mockery of African American history,” Leon Jenkins, president of the Los Angeles branch of the NAACP, told the Los Angeles Times.  And you cannot help but find irony in the fact that, considering their deep-seated racial tension of the OJ Simpson trial, three White male teachers thought it appropriate to say he should be a model for their Black students.    Read More: