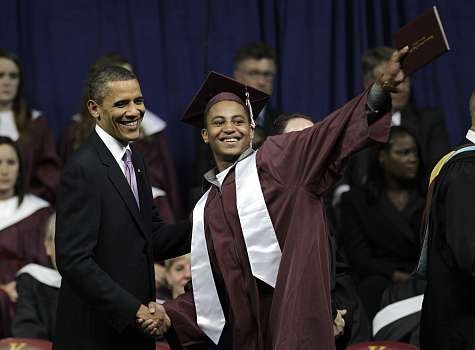 “I wanted to come by in a less-formal atmosphere to just let you know how proud I am … for everything you’ve done,” Obama said. [Detroit FP]