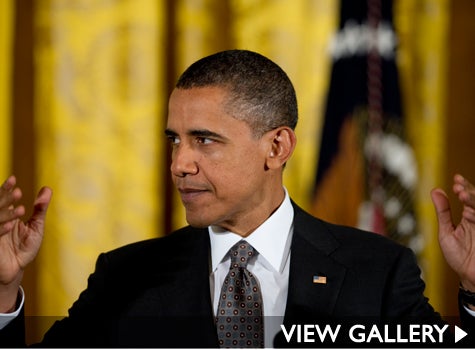 On Wednesday, President Obama honored 13 Americans with the Citizens Medal. The nation’s second-highest civilian award, it recognizes both public figures and everyday heroes who have shown extraordinary service to their fellow citizens. This year, the President chose to award everyday Americans, including three Black women nominated by the public after he issued a call for submissions in January. “They are mothers and fathers; nurses and bus drivers; veterans and immigrants,” Obama said of the 13 winners, selected from 6,000 nominees. “They come from different backgrounds and they hail from every corner of our country. But what unites these citizens, what makes them special, is the determination they share: to right a wrong, to see a need and then meet it, to recognize when others are suffering and take it upon themselves to make a difference.” Honoree Cynthia M. Church, 63, of Wilmington, Delaware is a two-time breast cancer survivor who turned her personal battle into a charge to help others by founding Sisters on a Mission, an African-American breast cancer support network. The 200-member organization holds support groups for women struggling with the disease, provides resources and guidance, and gives community presentations. “When I went out seeking information that was African-American specific, it just wasn’t there,” says Church on her inspiration to start the group, adding that by the time most Black women are finally diagnosed with breast cancer, it’s in the advanced stages. “It feels really good to know that people are paying attention because we have helped quite a few people along the way,” she says. Myrtle Faye Rumph of Iglewood, California, also received the 2010 Citizens Medal. After losing her son to gang violence 20 years ago, Rumph became dedicated to changing the lives of children in her community. In her son’s honor, she opened the Al Wooten Jr. Heritage Center, a safe haven from gang activity for at-risk youth. “Her commitment to reducing gang and gun violence in her community has steered countless young people off a dangerous and destructive path, changing and saving lives,” President Obama said at the White House awards ceremony. Another African-American recipient was Daisy M. Brooks of Chicago. “When a pregnant teenager with no place to stay arrived at her door, Brooks welcomed the young woman and provided her with the care and support she needed,” Obama said. “What followed was a lifelong commitment to helping many of northern Chicago’s young mothers and their infants.” Through Daisy’s Resource and Developmental Center, a dormitory and school for teen moms and other young mothers in need, she provides guidance and support to improve their lives. For more of Cynthia Gordy‘s Obama Watch stories, click here.