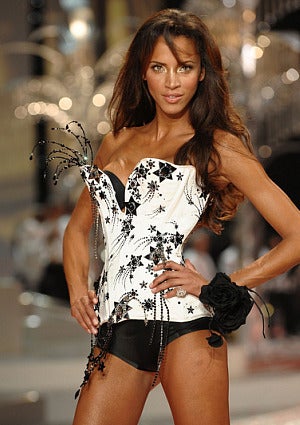 Supermodel Noemie Lenoir was found unconscious after an apparent suicide attempt near a Paris apartment she shares with her boyfriend, English soccer player Claude Makelele. Lenoir, who recently appeared in Usher’s video “Daddy’s Home,” is believed to have taken “large quantities” of drugs and alcohol, according to a hospital report. A passerby found the the 30-year-old Victoria’s Secret model on a forest footpath in a park near her home. She has a five-year-old son with Makelele.